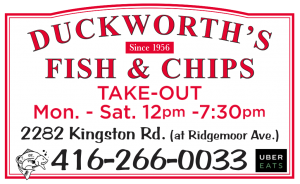 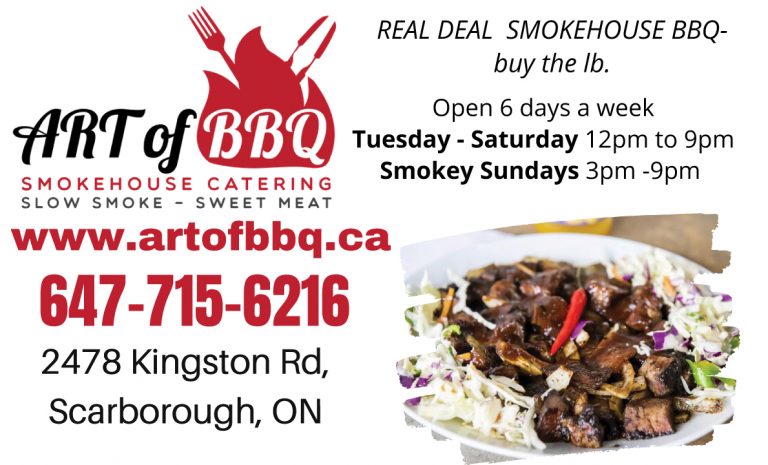 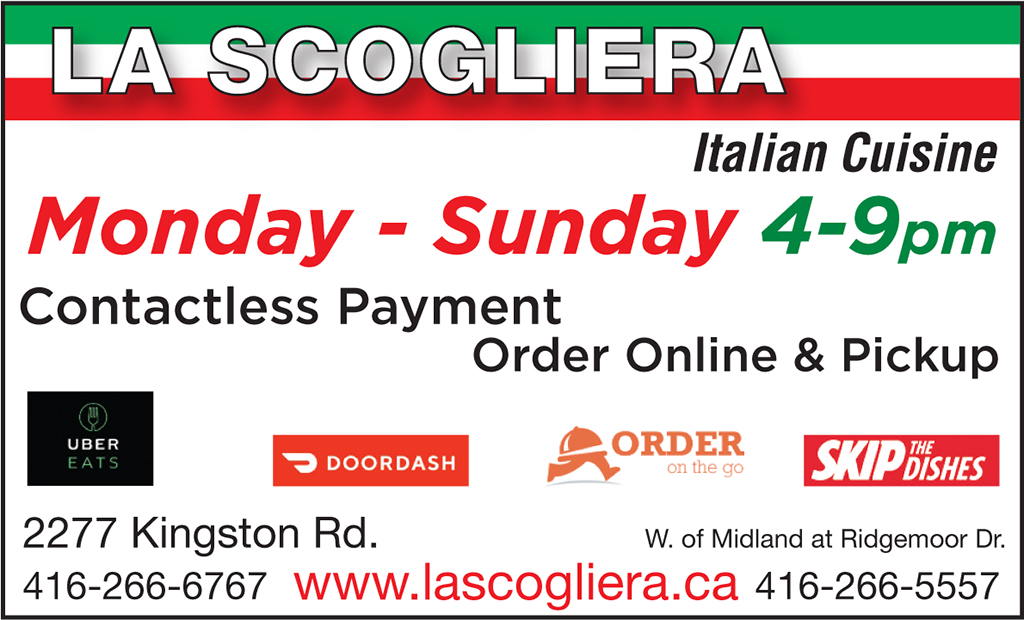 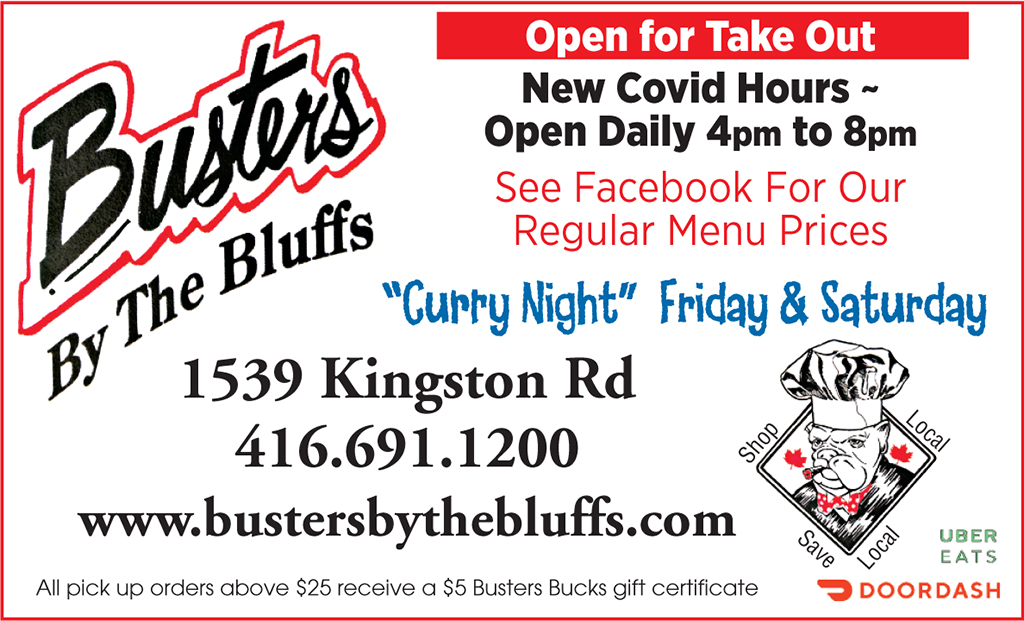 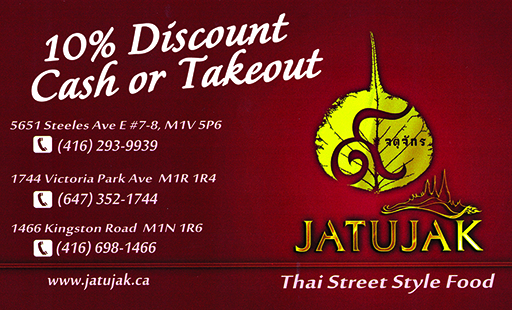 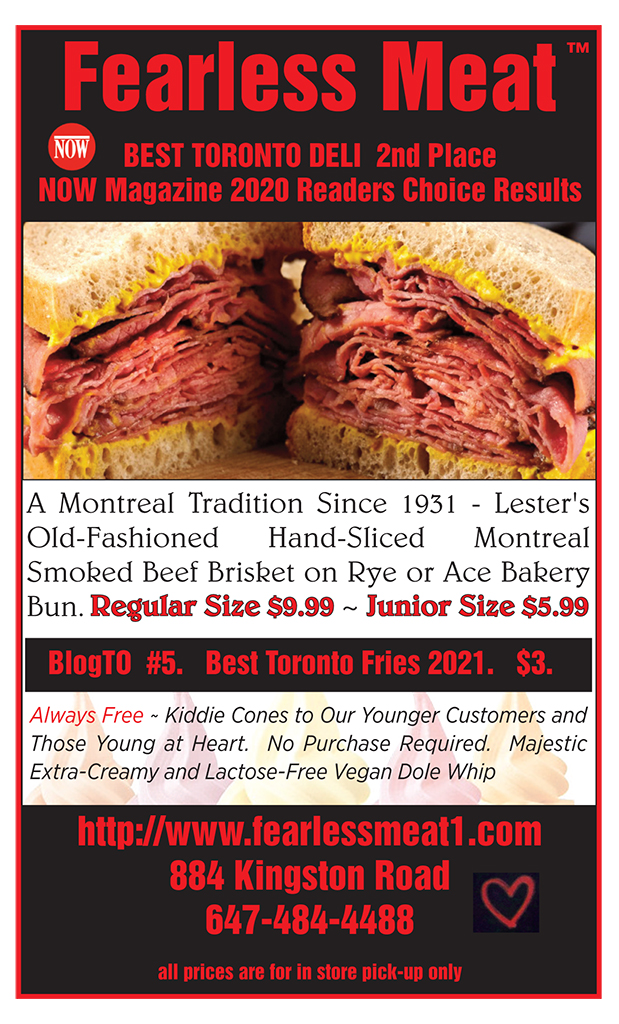 Xuan Nguyen (Above) peers around a corner while waiting for the pop-up clinic at Toronto Durgabari to open. She was the first one in line to get her vaccine on Wednesday May 19th. (Below) Suhana Patel, a pharmacist at Guildcrest Pharmacy on Kingston Rd., chose to be vaccinated even though she is 7 months pregnant and expecting her 3rd child in July. She felt the benefits exceeded the risks to herself and her baby. The pharmacy began vaccinating local residents as of May15th. While supply still can’t keep up with demand, the pharmacy expects new shipments weekly. Residents are advised to call ahead for availability 416-238-8135 and to book an appointment. 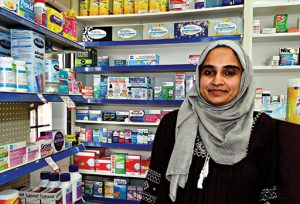 For Wayne and Maria Reddy, business partners/ owners of the aTara Inn on Kingston Rd. it’s been a year of resignation A little old school Irish stoicism summed up their reaction to the past year and COVID-19, “Getonwithit,” they say almost in unison. Yes, one word.

They were over in Ireland inearly March of 2020 for a family birthday party when they got word of things closing down. “Maria and I got back on the 14th, we knew it was imminent ,” says Reddy. “We didn’t get our hopes up for opening for St. Paddy’s day after the (St. Patrick’ Day) parade was shut down.”

When the announcement was made at four pm on March 16th they had to scramble. All the preparation; food, beer, staffing that goes into being ready for St. Patrick’s Day at an Irish Pub had to be reversed. “Luckily we got our beer orders all sent back,” Wayne said. Maria adds, “We had a lot of food though, all the stews were made.” After that it was , of course, six weeks of being closed.

When it was finally time to re-open for limited service on patios and decks they got their first look at how bad it was going to get. The Tara is licensed for 252 patrons; 202 inside , 50 outside. They were allowed 25. One thing they had going for them was that at least they had a patio. They were also able to expand the deck and share it with their neighbors, Anna Roti.
v “We’ve got 4900 square feet, we could have easily survived if we could’ve had 25 or 50 people inside. But to just shut everyone down was crazy.” says Reddy.

The restaurant industry was hit particularly hard say Wayne and Maria because they weren’t even given a chance to try and open safely. And this is a heavily regulated and supervised industry. From all staff having to have Smart Serve certification to regular visits from health inspectors and liquor inspectors as well.

The Reddys see first hand the social cost of the pandemic. They see it in their regulars. Maria says “You can see them coming in changed. We have a lot of people that come in that live alone, they’re absolutely alone right now. And have been for weeks. It’s hard on them you can see them coming in different, they look broken. And then after a couple of days of socializing you see them coming back out of it and then next thing you know, boom, you’re shut down again. And there are some that are hiding it better.”

So after limping through a COVID summer, they, along with all other restaurant patios got shut at the end of September as COVID case numbers began to rise with the second wave. And from that point on they’ve been relying on take-out sales.

And that brought new challenges. It’s fair to say that the Tara Inn has exceptional food, a cut above traditional pub fare. However, it’s prepared to travel from the kitchen to a customer’s table. A lot of things on their menu just didn’t travel well to a customer’s home.

So a number of dishes had to be taken off the take- out menu. As for the ubiquitous Uber Eats, DoorDash and the like, Maria says “We stopped it because of their service. They were really, really, really bad. Too expensive.” So if you ordered take out from the Tara Inn there was a good chance your food was delivered by Wayne himself (for a nominal $5 fee, ).

Then came the next lockdown at the end of November. And by that point they had had enough.

One positive is that they were able to have a quiet Christmas the result of not having any parties booked.

Jays Care in Our Community

Get Out of Town! 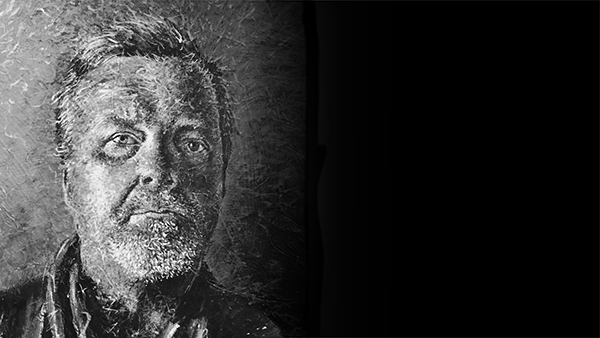 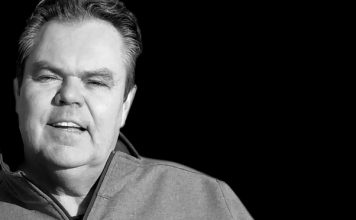 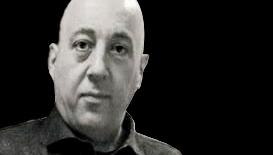 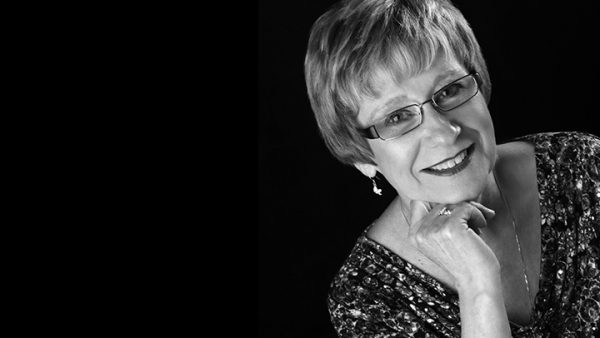 The Power and Perils of Pollinators 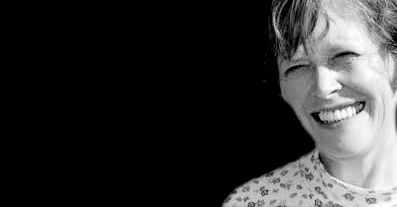 The Magic of Compost Tea

How To Fall Down 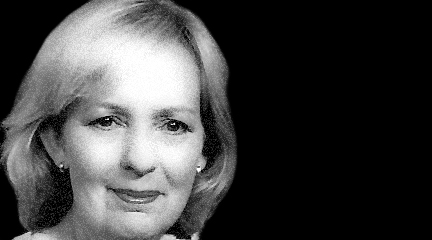