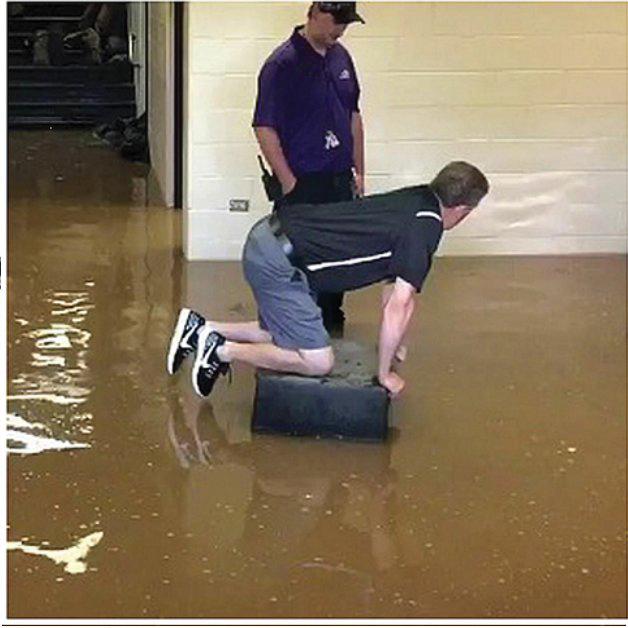 In the first week of 2019, our city’s aging infrastructure caught up to the businesses, residents and yacht clubs in Bluffer’s Park. On Friday January 4th, workers from the city shut off the water supply to the basin for maintenance – to adjust a pressure valve. This valve, along with others, keeps pressure in the water main running down to the Park at a safe level, about 80 psi. But since the supply pipe descends approximately 200 feet into the park, gravity more than doubles the pressure in it, and several valves are needed to reduce this pressure to acceptable levels. When the water supply was restored after the early January maintenance, it appears that other valves in the aging system failed, resulting in more than two high pressure surges running down the hill to the Park.

According to Amanda Vianneau of Bluffer’s Park Marina, residents and facilities who had turned their own water supplies off were largely protected from these surges, but others were not so fortunate. The Dog Fish Pub, some Houseboats, and the Marina itself all sustained some damage. Farther East, basin yacht clubs experienced repercussions too.

Al Stephenson, Vice Commodore of Scarborough Bluffs Sailing Club was notified immediately of leakage in his clubhouse and sent out a hasty email to members who attended and mopped up almost a foot of water that had flowed onto the floor through blown safety valves in the club’s hot water tanks. Fortunately, it did not appear there was structural damage, though this is still under review.

Other Clubs: Cathedral Bluffs, Highland, and Bluffers Park, also sustained various types and levels of damage. Going forward, Stephenson allows that one possibility for all Stakeholders will be to approach the City for compensation through Hub International, the largest Insurer of clubs and houseboats in the park. To follow this event up, City Workmen returned to the site on Monday morning, Jan 21st, for testing and assessment. This resulted in another water supply disruption, but, as of publication, the Bluffer’s Park system is now back to normal, its pressure under control.