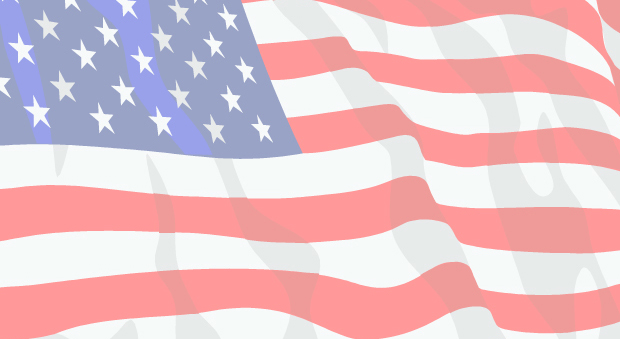 It happened in the blink of an eye. One minute we’re driving along happily. The next all the restaurants and stores we’re passing on our trip back to Canada from South Carolina are closing up. That was Tuesday, March 17, a date that will go down in history as the day the United States closed its doors.

There were signs. In Statesville, North Carolina, the lady in the hotel that morning told us she’s receiving all sorts of cancellations. Few cars or trucks are on the highway. (Though I prayed that those trucks on the road were carrying fresh supplies of toilet paper.)

Soon we hear on the radio that McDonald’s is shutting all its restaurants. We hurry off the highway to find some lunch. It’s one of those strips lined with eateries for the traveller. Not a single one’s open – except McDonald’s drive-thru. But the lineup’s too long.

Next up – where will we find a washroom? Rest areas along the highway seem the best hope. A sign says there’s one in 25 miles. Can we hold out? Getting antsy. Nearly there. And the rest area is blocked with a “Closed” sign.

What the heck is open? Surely one of those huge truck stops has to be. Where else are trucks going to gas up? Eventually we come across one. Relief. And so it proves for the rest of the trip: the one reliable spot for food and washrooms is trucks stops. Though many come with a chain restaurant attached, these are now closed.

We’d made a reservation for a hotel just north of Pittsburgh. Driving through town at rush hour would normally be a drag. Not today. We’re never slowed. The hotel is in another of those off-highway areas of accommodations and restaurants and all kinds of stores. After checking in, we drive around looking for food. We drive and drive. I guess we should have just got in the lengthy lineup at McDonald’s drive-thru. Finally, we stumble on a Five Guys hamburger place that is allowing take-out.

At Walmart, shoppers are few and many shelves are empty. The state-run liquor/wine/beer store next door is closed indefinitely. I guess that’s government since why does a liquor store have to be shuttered up.

The parking lot of our hotel and others in the area are nearly empty. In a country of 330 million, we’re starting to feel alone.
Up and at ‘em on Wednesday morning. Yikes. Hotel has stopped serving their free breakfast. Find nothing else open except the by-now inevitable long lineup at McDonald’s. Who would have thought that McDonald’s would become the go-to place for the best in dining?

We get on the highway and finally one of those roadside signs before every exit indicates there’s a McDonald’s coming up. We take the exit and find – trees. Eventually, we locate a truck stop in the middle of nowhere with a McDonald’s attached. It has no drive-thru, but is taking walk-up customers – hallelujah. The sit-down area is blocked off with yellow barricade tape.

Back on Interstate 79, we find that Erie’s not just the name of a town in Pennsylvania that we have to pass through. With few vehicles on the road, it’s also the feeling we have driving lonely US highways. Is this what it’s going to be like when we get self-driving cars? In cruise control with one hand on the wheel, I could be reading a book.

At last, we cross the Peace Bridge at Buffalo. The lineups at customs total about 40 cars, but to move up one car length takes four or five minutes. Why so long, we wonder. Are they taking everyone’s temperature? Then we get to the booth, are asked three questions, given a brochure, and sent on our way.
As soon as we get into Canada, we stop at Subway for a sandwich. Turning the key to get going again, the battery’s dead. Welcome home.