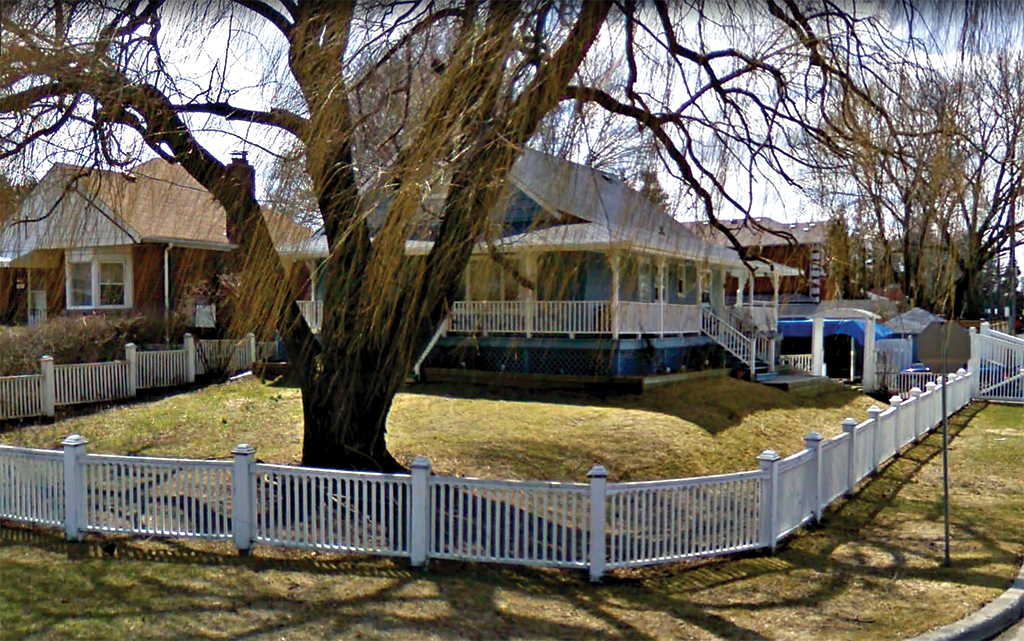 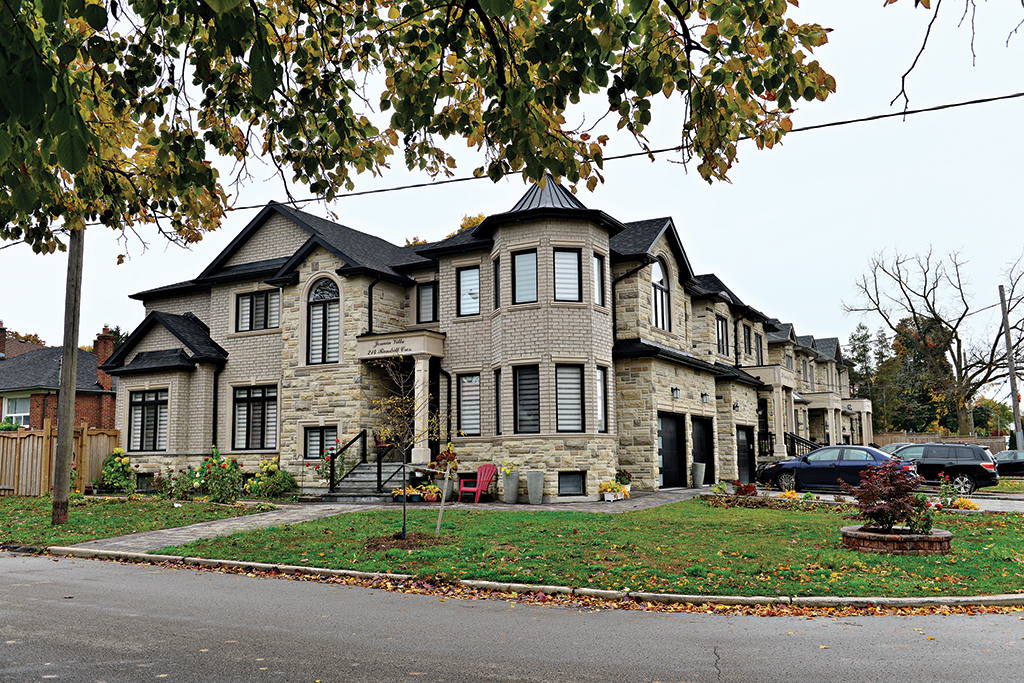 One of the More Contentious Infill Projects; Summer of 2017 at the corner of Randall Cres. and Macduff Cres. in Cliffcrest. A lovely, older home with all the charm of a white picket fence and wraparound covered porch was demolished, along with the bungalow to the far left of the image, to make room for 4 new builds. Area residents, when asked to comment on the new builds, had one word “sucks”.

“Any kind of policy that restricts development has an impact on market value. And I’ve talked to residents in certain areas, I said, ‘we could do that (restrict development), but then you’re not going to get market value for the house’. The minute (they) hear that, boom, they’re not interested”.

That doesn’t account for some of the problems caused by infills. There are reports of an unreasonable time lag from demolition to finished construction, up to 5 years in some cases, wherein neighbours must live beside a construction site or an excavated and abandoned pit. Some also report suffering damage to their own homes and properties because of negligent builders.

There are even reports of the water table being disturbed by excavators who try to squeeze in a trendy nine-foot basement ceiling that extends above grade. The city currently has no restrictions on the basement depth to which a developer can build for a single-family dwelling.
It almost seems as if the city is powerless to come to the aid of area residents because it’s ‘privately owned property’.

The Councillor confirmed that there are builders that the city has a good relationship with because of their professionalism, and conversely there are those who don’t make the cut. Crawford says, “You know you get these fly-by-nighters who come in and are just taking advantage of the market. They have no idea what they’re doing, they don’t know the rules, which can be frustrating for residents of course.”

Again, Crawford stressed communication. Those builders that don’t engage with neighbourhoods find themselves facing the stiffest opposition when minor variances end up at Committee of Adjustment (CofA). “I always tell a developer the last thing you want is for the community to be calling the Councillor, and that gets me involved.”

Then there is Cliffcrest; this time it is south of Kingston Road that seems to be the hot spot for developers – although the area north of Kingston road is not far behind.

What’s happening there isn’t always apparent from a simple drive-by. The infill homes are obviously newer and have a ‘stately’ feel. It may look like neighbourhood revitalization to some. Once you see the backyard of one of the established homes, however, you get an appreciation for the development issues faced by residents. The infills literally tower over the neighbours. An infill’s two storey exterior walls, running sometimes twice the depth of neighbours, cast enormous shadows that make you feel like you could be stepped on at any moment. It’s no wonder there is significant pushback to development in the area.

According to Crawford “When you’re looking at the challenges of say committee of adjustment. Here’s the zoning for say Cliffcrest …50-60 year old zoning. It’s usually and in most respects it’s outdated. And people always make the comment that ‘you have to follow the zoning, whatever it is, black and white, zoning is what it is.’…. Well unfortunately it’s not always black and white because sometimes it’s time dated.”

The city is desperate for rental stock. New builds can put basement apartments in. 50 years ago, homes were built with unfinished basements with ceilings anywhere from six to seven feet in height. One wonders if buyers would even consider purchasing that home today.

However, the more burning question is: if you had to spend your money, would you buy the home you currently occupy?