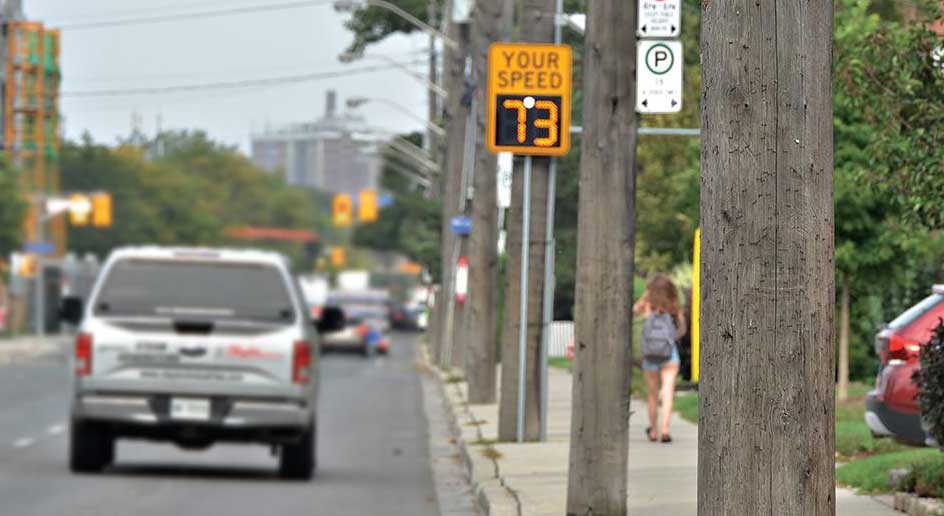 This is the second in a series of articles on road safety, with a particular emphasis on the Bluffs Community. In this edition, we’re going to take a look at motorists.

Of all road users, motorists certainly get the worst press.  Whether it’s road safety, environmental pollution or the consumption of the world’s resources, motorists are considered fair game.  On the subject of road safety, it is interesting to note that over the ten years, 2007 to 2016, motor vehicle fatalities in Canada have dropped by 30% and injuries by 17%.  During the same period, the number of licenced drivers has increased by 13%.  So significant improvements are being made but there is a body of opinion that believes that more must be done.  Indeed, the City of Toronto has hung its hat on the Vision Zero Road Safety Plan, and the City says: “The Vision Zero approach to road safety is to eliminate fatalities and serious injuries in our transportation system because no loss of life is acceptable”.  It is unlikely that anyone would argue against this lofty goal.

For motorists, Vision Zero identifies two key elements: aggressive driving and distraction; and describes specific safety measures that will be taken including enhanced “traffic calming”, increased enforcement, improvements to road geometry and signage, and improved driver education.  There seem to be few examples of any of these Vision Zero measures in the Bluffs but there have been a remarkable number of speed-limit reductions, increased-speeding-fine zones, stop signs and traffic lights.  Does it work?  Cities across the world, such as Stockholm and New York are claiming a significant reduction in traffic accidents since the implementation of Vision Zero.  After two years, we’re not getting much feedback on its success in Toronto but the Globe and Mail has opined that: “Based on statistics, Vision Zero is a failure”; while the Toronto Star has observed: “So far the plan appears to have had zero impact.”

Our largest motorist advocacy group is the Canadian Automobile Association (CAA) and this organisation is currently promoting three accident-related issues.  The first is distracted driving, and the CAA claim that one in five road fatalities has inattentive driving as a contributing factor.  They advocate enforcement and education as part of the solution.  The second is the legalisation of cannabis and the CAA is convinced that the potential for collisions is increased after smoking the drug.  Thirdly, the CAA has recently commissioned a report on traffic congestion which points out its negative effect on the economy and the environment.

Another prominent advocacy group is Mothers against Drunk Driving (MADD).  MADD was formed in 1989 and works for the elimination of driving while impaired as a result of alcohol or drugs.

We would love to hear from you, our readers, your opinions on the effectiveness of the measures that are being taken to make our roads safer.

We have received two letters on our first article in this series from local resident Laughlin Hughes; both of which have been published in the Bluffs Monitor.

In his first letter, Laughlin takes me to task for writing “There seems to be no objective reason to believe that we are suffering from a long-term worsening trend”.  He points out that the population of Scarborough has grown six-fold in the last five decades and the number of cars has grown enormously from the 200 in Ontario in 1900; and with this I have no beef.  But my article referred to a worsening trend in road accidents, not in population or car use.  I take it as obvious that there is a link between traffic accidents and the number of cars on the road and this topic (reducing the use of cars) was addressed later in the article.

In his second letter, Laughlin suggests that we should be looking at what other places are doing with regard to road safety and gives as an example the cities of Bejing, China and Delhi, India where cars can only be used on odd or even dates.  So, readers, please let us know of ideas that you have seen or read about from around the world.

Our next article on road safety in the bluffs will address the topic of cyclists.