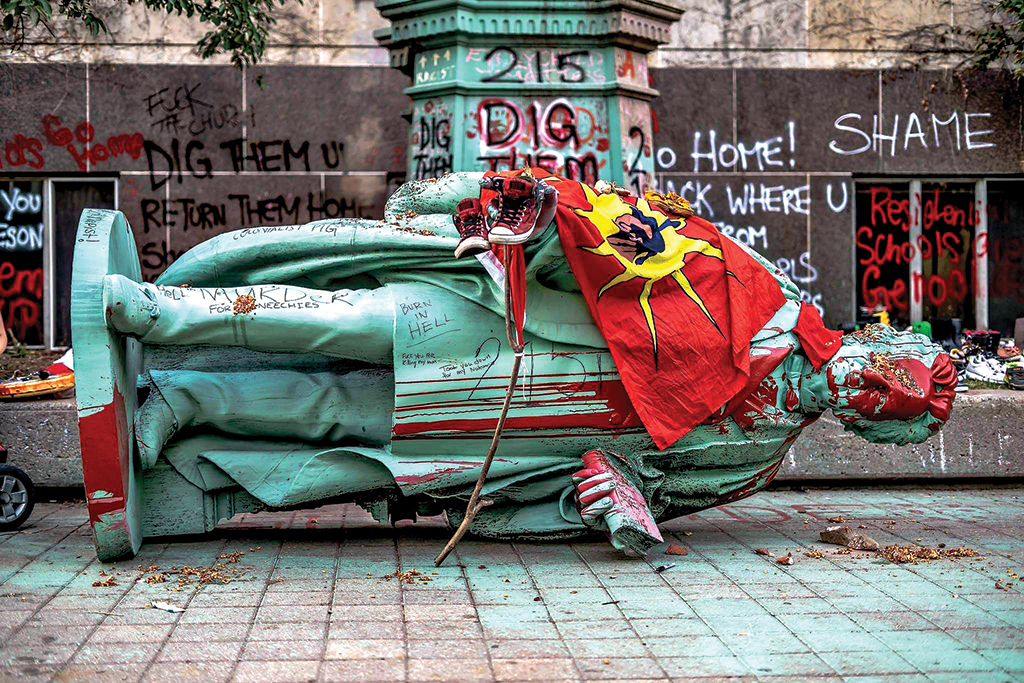 The statue of Egerton Ryerson that stood outside the Kerr Hall building at Ryerson University was pulled down by demonstrators on June 6., following a rally held in response to the discovery of the remains of 215 Indigenous children on the site of a former residential school in Kamloops, B.C.

According to Ryerson University president Mohamed Lachemi, the march started at Queen’s Park and ended on Gould Street at the university’s campus from 2 to 6 p.m. More than 1,000 people took part in the demonstration and there were no reports of injuries or violence.

About an hour after the march ended, a truck arrived on Gould Street and proceeded to take down the statue.

In a message to the Ryerson community, president Lachemi said “the statue will not be restored or replaced.”

“It’s harmful to the community to see the man who had a hand in our genocide being honoured,” said Booth.

Throughout the years, there have been numerous calls from Ryerson community members for the removal of the statue due to Egerton Ryerson’s role in the establishment of Canada’s residential school system.

In November 2020, the Standing Strong (Mash Koh Wee Kah Pooh Win) Task Force was established to examine and fully understand Egerton Ryerson’s relationship with Indigenous Peoples, education, and residential schools. The task force’s mandate is to openly and widely develop principles that the university can follow to respond to the legacy of Egerton Ryerson, according to President Lachemi.

Months before in June, a 2019 business management graduate Maaz Khan started a petition to have the statue removed. It was signed by more than 10,000 people.

“Uncritically celebrating this man and the school system he built is the same as endorsing genocide,” said a supporter in the comments of the petition.

In July 2018, the university unveiled a plaque next to the Egerton Ryerson statue “contextualizing” his colonial legacy and his part on the establishment of the residential school system in Canada where an estimated 150,000 Indigenous children were forcibly taken away from their families and put into, according to a 2010 report from the Aboriginal Education Council.

Along with the statue, the plaque was also removed and vandalized by demonstrators, according to Booth who was sad to see it go because Indigenous faculty and staff worked hard to advocate for it to be put up.

“All of the emotional labor that went into that was not the, you know, the higher ups wanting to do this great thing. It was the indigenous faculty and staff advocating for years to put that up,” said Booth.


On May 11, the Yellowhead Institute, Ryerson University’s First Nation-led research centre issued an open letter declaring that their students and faculty would be signing with ‘X University’ in email signatures and on social media instead of the university’s current name.


While making the decision to not restore the statue is a step in the right direction, Booth says renaming universities and taking down statues is the lowest threshold for reconciliation.

“It’s about dismantling the systemic oppression that happens within institutions…it makes an unsafe learning environment, not just for indigenous folks, but for all BIPOC folk.”

To keep the conversation around Indigenous truth and reconciliation going, Booth advises non-Indigenous students in postsecondary institutions to take indigenous electives taught by Indigenous instructors and for everyone to consume Indigenous media from outlets like APTN and CBC Indigenous.


Lastly, learn about the resilience and celebration of Indigenous people, said Booth.
“We’re not this one story.”

~ Nishat Chowdhury is pursuing a Journalism Degree  at Ryerson University 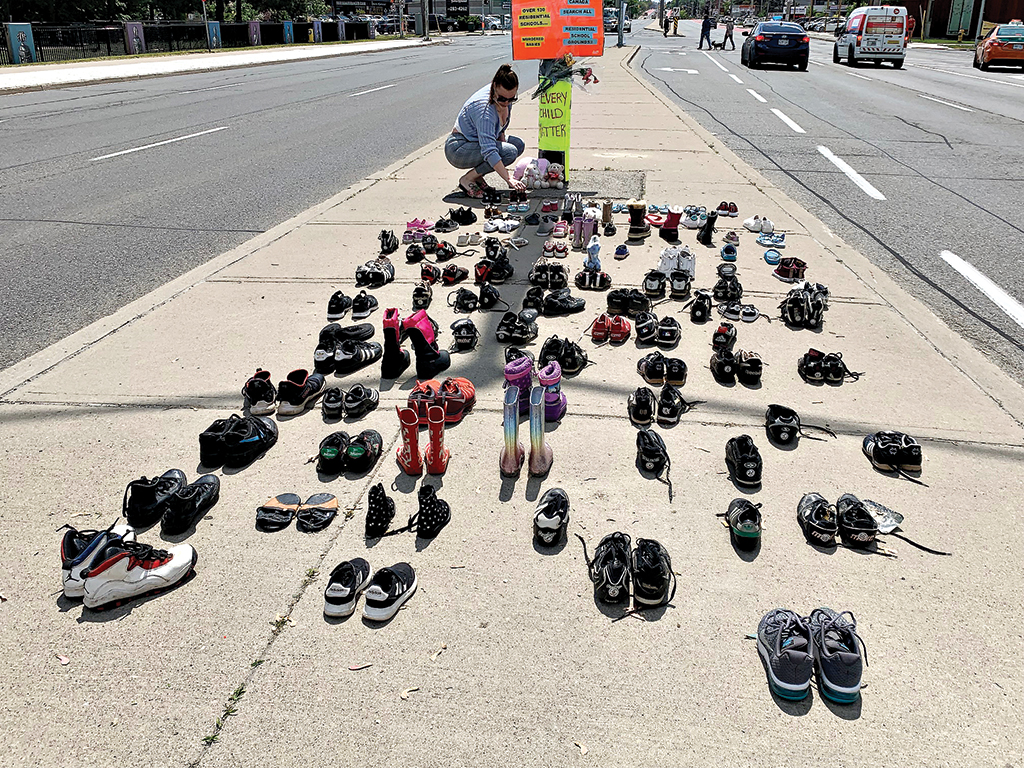