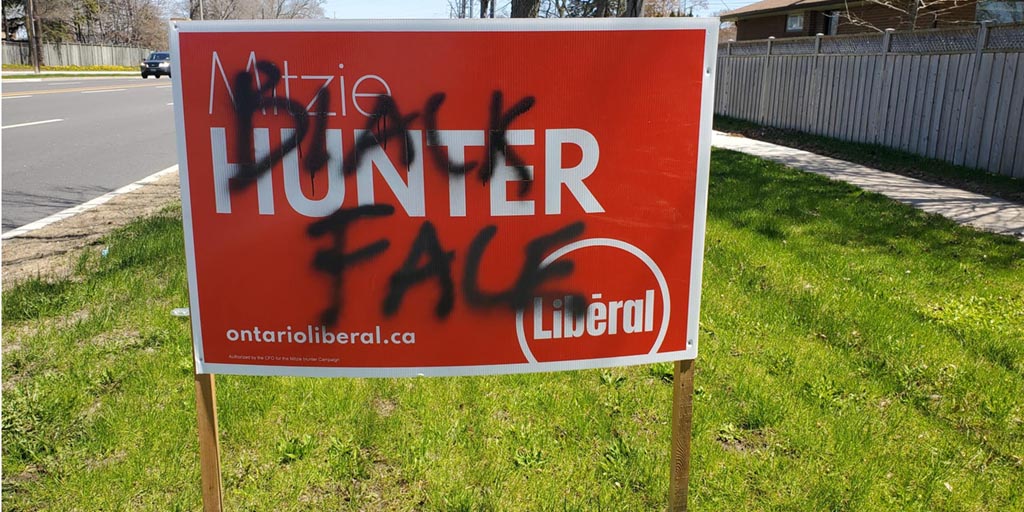 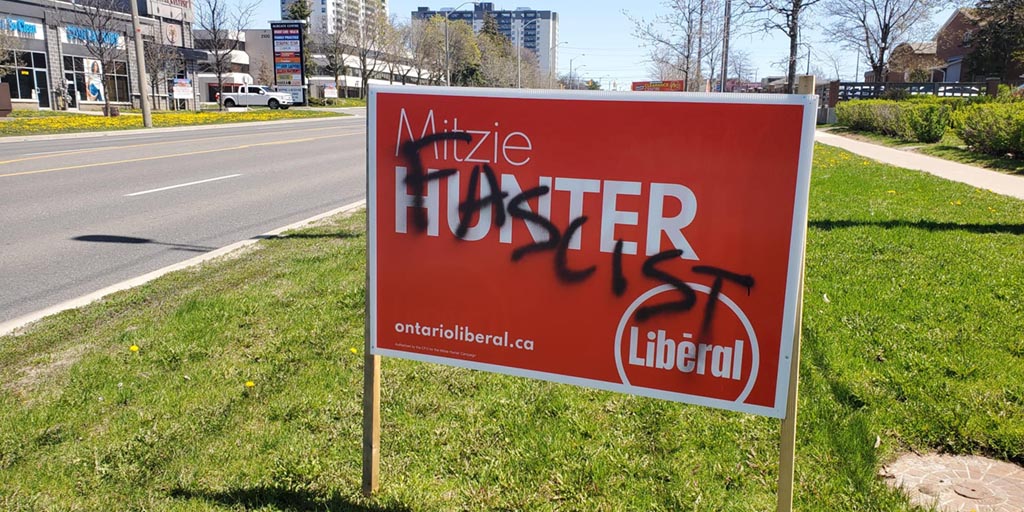 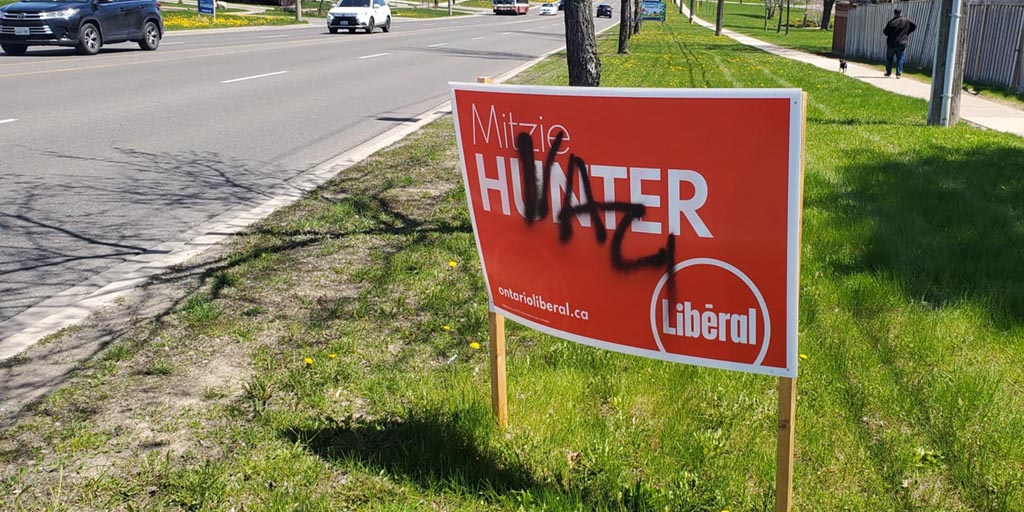 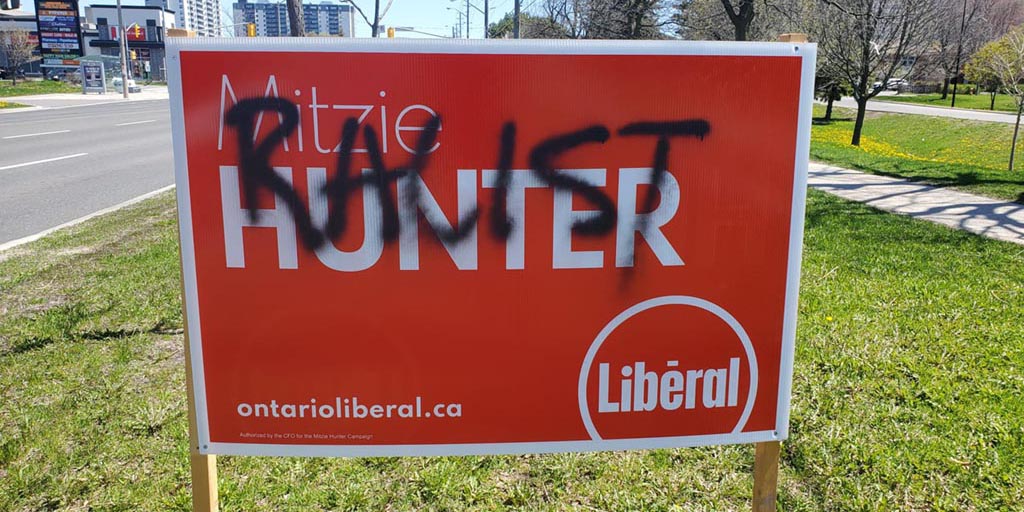 Toronto, Ontario – May 9, 2022 – Mitzie Hunter, Liberal candidate running for re-election in the riding of Scarborough-Guildwood, released the following statement in response to recent acts of vandalism and hateful messaging that targeted her campaign.

The spray painting of the words “Nazi”, “Fascist”, “Racist”, and “Black Face” represent a targeted attack on the Mitzie Hunter re-election campaign. For nine years, Mitzie has served the community of Scarborough-Guildwood with the utmost pride and determination. In her nine years as a member of provincial parliament, she has never experienced the sort of vandalism that took place yesterday.

“Though I am saddened by these actions, my team and I remain positive and committed. I will be the strong voice for Scarborough-Guildwood in this campaign. Acts like these will not slow me down in my determination to continue to represent the people of Scarborough-Guildwood,” concluded Mitzie.