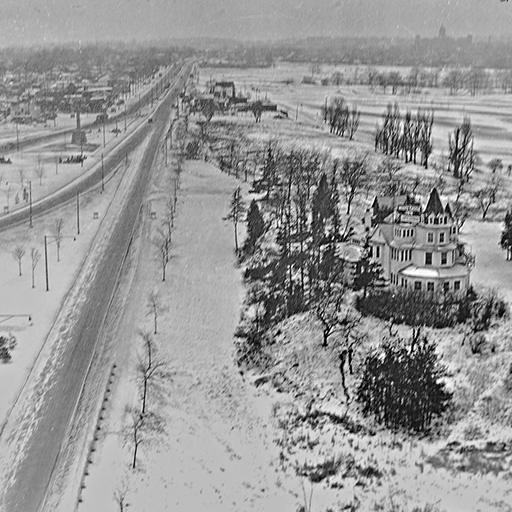 A man looks out into his backyard one evening and sees someone wandering around looking up into his trees. He goes outside and says “Can I help you”. He’s told “Ya, I live behind you and the spotlight in your trees shines into our bedroom window and my wife and I are finding it difficult to fall asleep.” The man responds “Ok, tomorrow I’ll get a ladder and alter the direction of the light.” The second neighbour says “Sounds good. Thanks.” To which the first neighbour replies, “Oh, and one other thing; next time, could you try coming to the front door”.

For councillor Gary Crawford it’s all about using the front door when it comes to development. He was kind enough to talk with me at length about development in Ward 20. And our conversation covered pretty much everything in the ward.

Crawford is practical, pragmatic, and looks for middle-ground solutions to community issues. After 10 years at City Hall, Crawford expertly understands the process of negotiation.
Make no mistake; dealing with City Hall is a complicated process. One detail Scarborough Southwest residents should know is that if a developer meets all the city’s Zoning and By-law requirements, no community consultations are required – they can “develop at will” so-to-speak.

However, developers are strongly encouraged to do so by Crawford and his office.

Development is the number 1 concern of Ward 20 residents. Are you listening Councillors Ainslie and McKelvie because you’re next.

Consider the relocation of the Men’s Shelter from Birchmount & Kingston Road to 3300 Kingston Road. A public consultation meeting began with remarks by Crawford telling neighbourhood residents that the land was properly Zoned, and the city had a By-law in place which stated they could put a shelter on any major street. After two hours of yelling, the meeting was adjourned. And two years later, the men were moving into the new shelter, and one year after that one might not even know the shelter is there. Crawford and his staff knew how that public consultation meeting was going to go, but they held it anyway. Unfortunately a lot of people left feeling it was just a formality. Bottom line – residents need to know sometimes these meetings are just an information session.

Unfortunately, not all developers are as willing or determined to hold community consultations. In the Quarry Lands in Birchcliff, a developer called ‘The Conservatory Group’ was granted OMB approval to build up to whatever density they chose. With that approval they are not required to hold community meetings, or engage in a conversation with the city about their plans.

The situation has escalated such that the developer now has approval for 1450 building units – a seven-fold increase in density compared to the rest of the Birchcliff neighbourhood – and continues to fail to communicate with the community.

On the western city-owned end of the Quarry Lands, plans include more than 30 Habitat for Humanity affordable-ownership homes and 70 units of affordable rental units owned by CreateTO on 7.6 hectares of land. N.B. Readers should see Hedy Korbee’s full article on the Quarry Lands on page 9.

The Thunder Woman Healing Lodge Society learned the importance of communication and community engagement the hard way. The community outrage for the proposed project was fierce; partly because the neighbourhood only found out about it weeks before the variances for parking were heard by the Committee of Adjustment (CoA), and partly because some people were anxious about Indigenous women formerly in the justice system living in the neighbourhood.
The community meeting at Birchmount Community Centre was a disaster from, it’s fair to say, everyones’ perspective.

Hector Catre and the SBCA engaged with TWHLS later, and readers may like to see 120 Questions and Answers from Patti Pettigrew at:
https://www.facebook.com/notes/scarborough-bluffs-community-association-forum/120-questions-and-answers-from-patti-pettigrews-meeting-with-hector-catres-group/691274477981972/

A word about minor variances. All variances are considered ‘minor’ by the Committee of Adjustment. An infill taking up more than 30% of the total square footage of a property is ‘minor’. Subdividing a lot into two separate lots is ‘minor’.

What isn’t a minor variance is the proposed development for 3291 Kingston Road/2 & 4 Windy Ridge. That will require a rezoning and Official Plan Amendment (OPA). It is not a CoA issue. This development has a much bigger hill to climb than variance applications to CoA.

N.B. The City is bound by provincial legislation. The City’s Official Plan must be in compliance with provincially legislated policy – Provincial Planning Act; Provincial Growth Plan. This includes, for example, encouraging density in areas that a community may not want.

Finding middle ground will not be an easy task in terms of the 12 storey condo LCH is trying to put on Kingston Rd & Windy Ridge Dr.
Councillor Crawford and residents are already talking and these are early days.

In fact they appear to be a quickly organizing neighbourhood, as evidenced by the incorporation of the Cliffcrest Scarborough Village SW Residents Association, a newly formed Association which will oppose having over 300 units of residential housing suddenly dropped onto a street which currently has only 27 single family dwellings. Another feature of the area is a bizarre traffic intersection where Kingston Road meets Ravine Drive and Windy Ridge Drive runs immediately east off Ravine Drive, making for a very congested and confusing driving experience.

It may take a lot of front door conversations for Councillor Crawford to overcome the fact that his 2018 re-election campaign accepted a $1200 contribution from Luke Wywrot – CEO & COO Lifestyle Custom Homes (LCH).
Councillor Crawford provided the following statement in response:

As part of the municipal elections process (legislated by the provincial government), adult individuals (18+) are encouraged to engage in the elections process, including but not limited to campaign contributions.
In my past campaigns, including those as School Board Trustee, I have earned the support of ward residents, friends, family members, professionals, business owners and individuals from all walks of life. In all of my past campaigns I have been fortunate enough to have those same individuals contribute to my various campaigns with either time spent or financial contributions.
All of those donations received, for all of my prior campaigns, were in full compliance with all applicable rules and regulations. Most importantly, all of those various contributors to my campaign have done so in the spirit of assisting me in becoming a School Board Trustee and/or City Councilor whose sole focus is to improve the lives of my constituents. More importantly, none of those individuals has ever expected and/or asked me for a favour as a result of their support.
In the past, when corporations were permitted to contribute to a municipal campaign, there were many instances where I had no specific knowledge as to the principles associated with many of those corporations. I have been fortunate to never have had an issue with any past contributor expecting anything other than a Councillor who has and will continue to make decisions that are in the best interest of my community.
All of the donations made to my past campaign are from supporters who have no undue influence over any decision I make in my capacity as City Councillor. The decisions I have and continue to make as a City Councillor have one goal in mind, which is to serve the needs of the constituents who have elected me in an honourable, professional and forthright manner.

Councillor Crawford told me he sees dozens of development proposals that never come to fruition, either because they are too ambitious or developers are too ill-informed about the process. As an example, readers may like to see Derek Pinder’s article about proposed Scarborough Junction development on page 4.

Development in the area is always going to be a tug of war between condo developers / infill builders and area residents. Or, if you will, private property owners.

And as Crawford, himself, says “I cannot stop development of privately-owned property but I will work with developers who are committed to working with the community and the City to create the best solutions for the neighbourhoods in the ward”.

Builders may only want a return on their investment, while residents may want to preserve what they currently have. It is only a matter of time before the future of our neighbourhood takes shape.