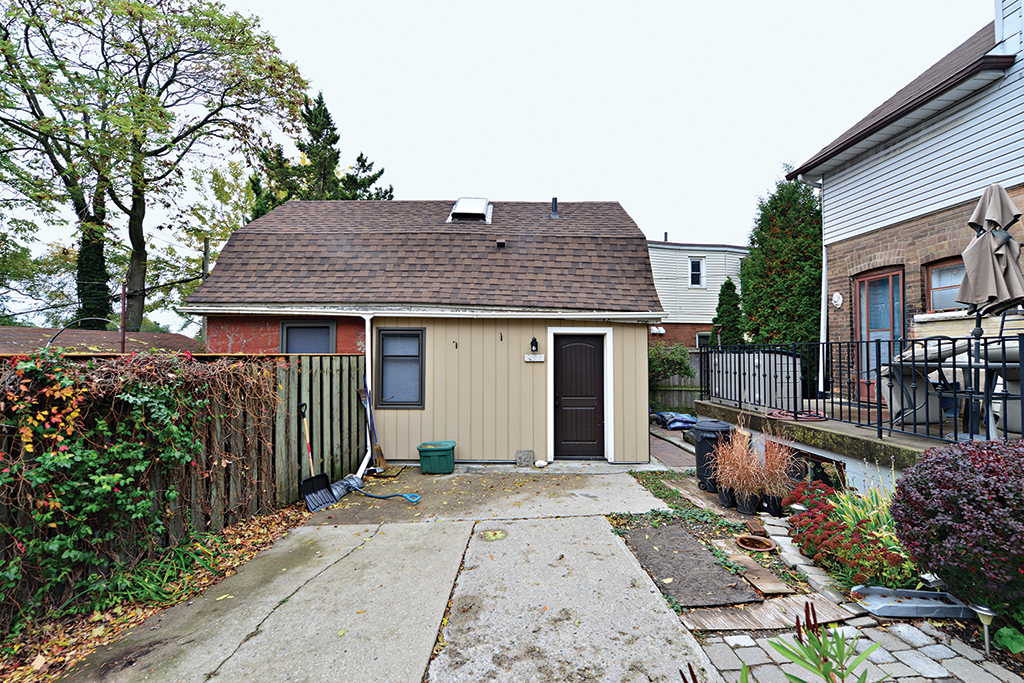 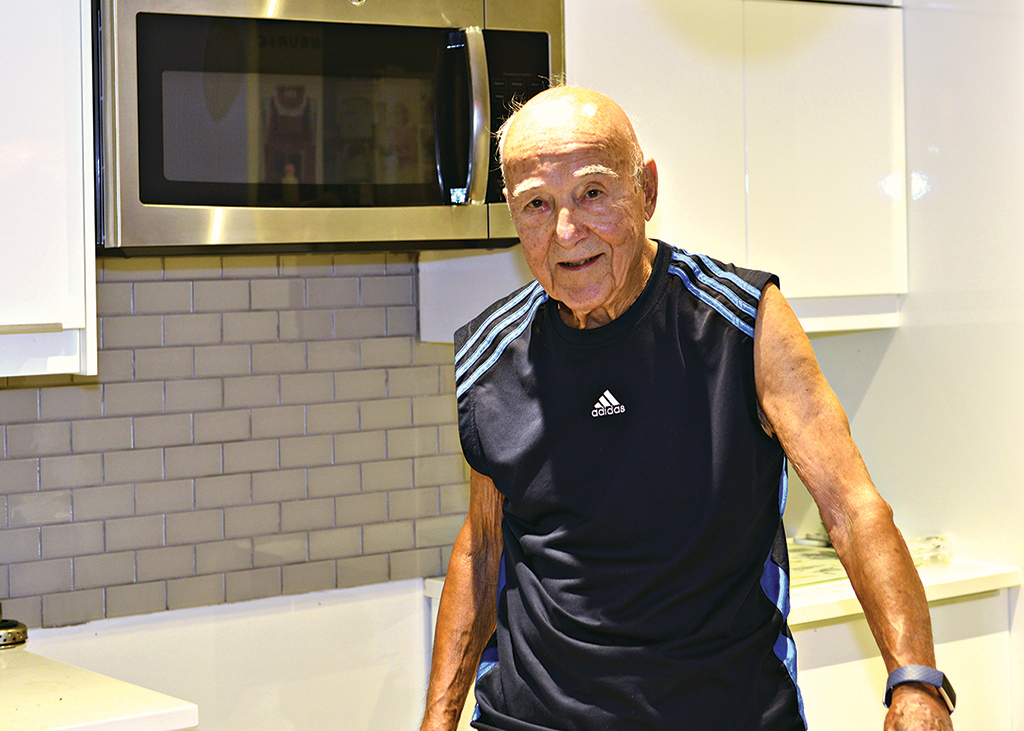 Rules were made to be broken. A city by-law states that you’re not allowed to have two separate living spaces on one property, except, as mentioned in a 2018 zoning by-law amendment, if the outbuilding backs onto a laneway.
This July, the city also started exploring new ways to increase the amount of rental properties available in the city. ‘Coach houses’ are a part of the study, but it’s too early to tell what city staff will recommend. It could take years for a by-law amendment to come into effect.

This means the amendment will likely come too late for Rod Wilson and his father, Bill.

Wilson bought his property in the Beaches in the late 90s. He purchased it because it had a basement apartment suitable for rental. However, it also had a second revenue stream – a rentable coach house. The coach house was fitted for a music studio and was often rented by local artists.
While the coach house was by no means the lap of luxury, it did have the essentials. “It was sort of bare bones but there was already water, heat, hydro whatever. People could live there if they wanted to and I’m sure some did. It didn’t matter to me what they did, but it was a music studio, soundproofed; and after a few years it needed some updating” says Wilson.
When a tenant moved out a few years later Wilson tried renting it out, but he admits it was “kind of dingy and I thought, you know what, I’m going to update it.”

Around the time Wilson decided to update the coach house, he got some new neighbours. Wilson’s coach house, because of quirky land-planning, juts into the neighbours’ backyard. He let the neighbours know of his plans as a result.
Backyard is a strong term here, as Wilson’s is literally only a few footsteps deep. The original lot has likely been divided and subdivided many times since the 1920s, which is when Wilson’s property and coach house first appear on a city of Toronto survey.

His original plan was to keep it as a studio, but Wilson explains “around that time my sister passed away suddenly, and then my mother passed away eight months later, leaving my dad alone in London, Ontario. So, as I was renovating, I thought ‘I’m going to make it a livable space.’ I had no reason to think that it couldn’t stay because of the building it is,” says Wilson. So, his father moved in and was quite happy. He had his own living space close to his son.

The neighbours, who Wilson had informed of his intention, took offence to an 89-year-old living in a building they thought was illegal, and informed the city about how the building was being used.

When the city inspectors arrived and saw the situation, Wilson’s father was forced to move out of the coach house and into the basement apartment.
In a bizarre twist, while the main building inspector denied Wilson’s plans, a visit from Municipal Licensing and Standards heaped praise upon the concept. According to Wilson, “the first thing he did was look inside and say, ‘Wow this place is great… The city is looking for places like this.’”
Wilson says as a result, “I had to evict the person that was here (renting the basement apartment in the main house) and he was somebody who was on disability, legally blind, you know, and had been here for 17 years.”
Wilson had several visits from the city while trying to do the right thing. He went before the Committee of Adjustment in fall 2019.

“We had 23 letters of support from surrounding neighbours, and one of the gentlemen on the committee said, ‘It wouldn’t matter if you had the support of the whole city. It’s still illegal.’”

Councillor Brad Bradford commented “I feel for everything he and his father have gone through on this issue – it’s the kind of situation which nobody wants to be in, caught in the space between doing something very benign and the rules simply not being in place to make it possible.

I think we should allow them (coach houses) and have been pushing for the City to speed up the process of making coach houses legal. The reality is, making a new set of rules in a zoning bylaw that applies to a City that’s almost 700km2 is complicated. I was happy to vocally support moving forward on new rules at the July City Council meeting where Council debated the “Missing Middle” and the need we have for all kinds of new housing types in Toronto, especially when we’re in a housing crisis. Every option counts.”

As of this writing the coach house on Rod Wilson’s property is sitting vacant. Not rented as work / studio space or as living space. In a city begging for housing city officials can’t seem to find the middle ground.