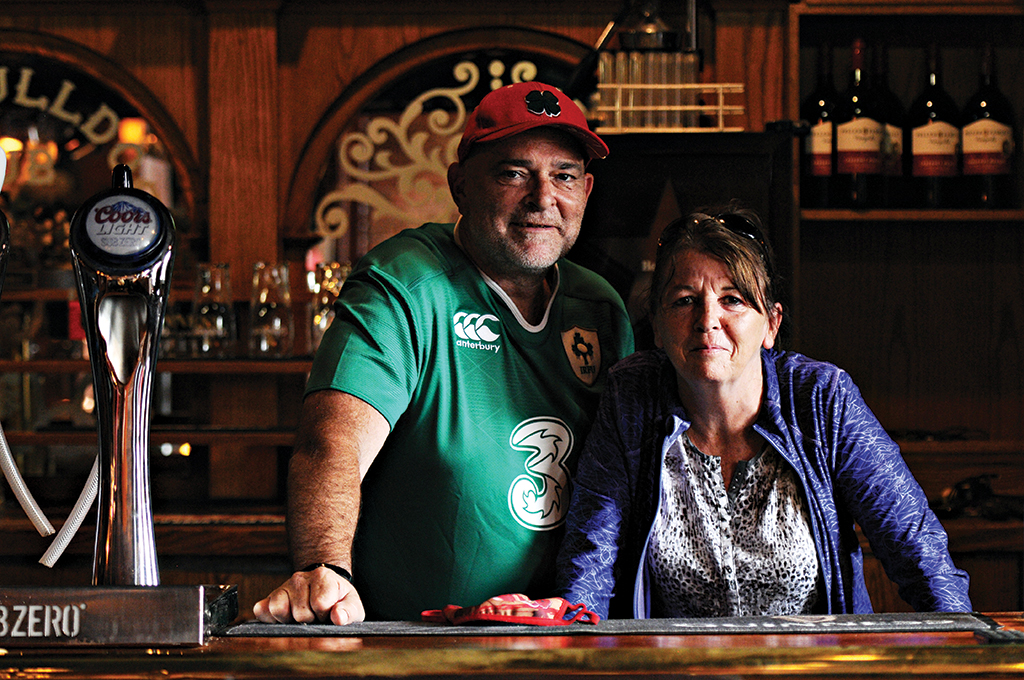 Wayne and Maria Reddy; Where they can usually be found, behind the bar at the Tara Inn.

But the year end also brought the sobering reality of taking three months to do in sales what they normally would have done in a week.Another reality, open or closed, heat and hydro have to be paid.
Commercial insurance has more than doubled during the pandemic as well. Reddy explains,
“We’re not allowed to have people in here but we have to insure the place as if we have 150 – 200
people inside, so basically were paying our landlords insurance on his property but we’re not even allowed to use the property”

Government rent subsidies are helping both landlords and tenants. In the first five months of the pandemic the federal government was paying 50% of commercial rents. The tenant was expected to pay 25% and the other 25% was allowed to slide. But the reality is that “the landlord expects to be made whole at the end of this”. That is, tenants are responsible for that final 25% eventually. After the 5 months tenant’s can qualify for rent relief from the government of 65- 90% based on sales.

And don’t think for a second they were unaware of the line ups to get into big box stores and the crowds inside them every time a new stay at home order was issued.

Come the new year, however, the only thing that was certain was uncertainty. And the grim realization that it actually cost them more to open then it did just to stay closed. So they closed for a while and only recently started opening on Monday nights essentially so
the neighbourhood will remember they are still around.

As of Victoria Day the talk turns to expanding the patio in June and possibly having a small music festival in the parking lot. Respecting all COVID protocols, naturally.

The two of them remain surprisingly optimistic in spite of everything. When asked how they are going to tackle the ever-mounting debt and reopen a thriving business Maria says “Were good at it, we’ve been doing it 30 years. We’ve learned over the years how to come back”.