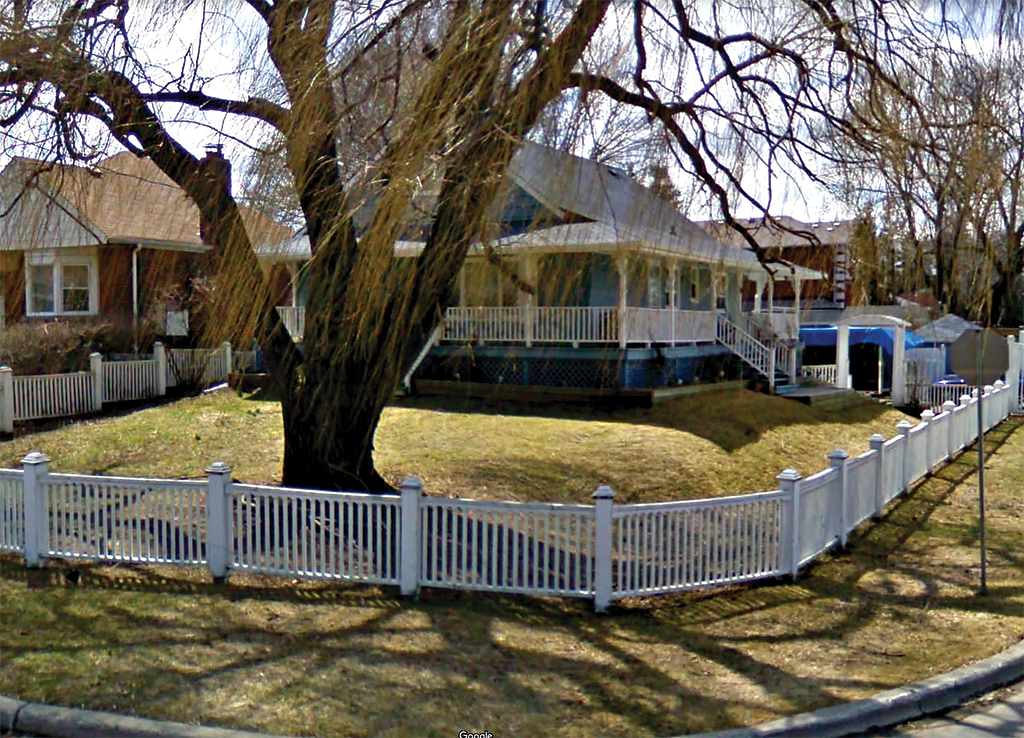 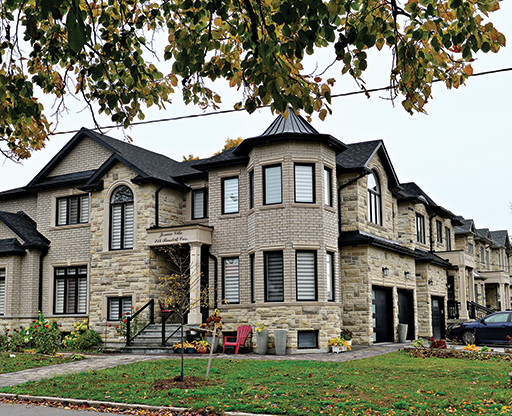 I once considered publishing a black and white version of the Bluffs Monitor, similar to vintage Globe and Mail publications, before deciding it would be out of character for the neighbourhood. Nothing about south Scarborough is in black and white – especially where the debate over infill construction is concerned.

Infill is the process of demolishing a home, then rebuilding or renovating the property in an established neighbourhood.

Councillor Crawford spent a considerable amount of time driving through our neighbourhoods with me this past month. When it comes to development in Ward 20, he has a near encyclopedic knowledge of the changes that have occurred over the past 10 years.

Crawford reminded me that the city has no control over the development of privately owned property that is within established building and zoning guidelines. Full stop. Developers, however, are always looking to push the envelope of what’s allowed and what ‘might be’ allowed.

In Birch Cliff, residents are currently seeing a lot of change. A study of the Birch Cliff Area 15 years ago set parameters for what residents wanted their neighbourhood to look like, and therefore what the city would allow to be built there. It was a long and exhaustive process. Now that it’s 15 years old, some wonder if it is still relevant.

As more and more condos have gone up on Kingston Road, from Victoria Park to Birchmount, the neighbourhood has taken on a different feel. Some positive changes can be seen from these developments, such as the LCBO outlet moving into the Kingston and Blantyre condo’s street-level retail space. More retail stores are sure to follow suit as residents are drawn to shop local. In fact, it has already started. While driving, you can see many new businesses opening up as you travel west through Birch Cliff.

Change is inevitably coming to the side streets of Birch Cliff as the area becomes more desirable for builders. The neighbourhood gained some level of attention when BlogTO called it one of the 5 most up-and-coming development neighbourhoods in the entire city.

The marketplace dictates the speed of development. Money is currently for sale at prices (interest rates) not seen in a generation.

As homes in the Beaches get priced out of site, people have begun looking to purchase properties in adjacent neighbourhoods. As the area study and zoning is already in place in Birch Cliff – that is for builders who follow the guidelines – consultation with city officials or area residents isn’t necessary. For area residents this means their property’s value will increase, arguably something everybody wants.

Cliffside is another area undergoing substantial change. The areas south of Kingston road haven’t caught on with the market just yet, but a drive through the side streets north of Kingston road is a different story. There is construction going on on every street. One reason for this is because the city has allowed lots to be severed there; two homes on a property where there was once only one. This is an area undergoing more than revitalization, the whole appearance and atmosphere of the neighbourhood is changing. Some will argue for the worst, but what is the alternative?

As Crawford told me, “People have talked about, Bret (Snider) being one of them, and let’s look at this… what does he call it, the south Scarborough policy, and I understand where he’s coming from, but… do you want a policy that will put in place restrictions that will not allow people to, you know, allow their house to get full market value?”

“Any kind of policy that restricts development has an impact on market value. And I’ve talked to residents in certain areas, I said, ‘we could do that (restrict development), but then you’re not going to get market value for the house’. The minute (they) hear that, boom, they’re not interested”.

That doesn’t account for some of the problems caused by infills. There are reports of an unreasonable time lag from demolition to finished construction, up to 5 years in some cases, wherein neighbours must live beside a construction site or an excavated and abandoned pit. Some also report suffering damage to their own homes and properties because of negligent builders.

There are even reports of the water table being disturbed by excavators who try to squeeze in a trendy nine-foot basement ceiling that extends above grade. The city currently has no restrictions on the basement depth to which a developer can build for a single-family dwelling.

It almost seems as if the city is powerless to come to the aid of area residents because it’s ‘privately owned property’.

The Councillor confirmed that there are builders that the city has a good relationship with because of their professionalism, and conversely there are those who don’t make the cut. Crawford says, “You know you get these fly-by-nighters who come in and are just taking advantage of the market. They have no idea what they’re doing, they don’t know the rules, which can be frustrating for residents of course.”

Again, Crawford stressed communication. Those builders that don’t engage with neighbourhoods find themselves facing the stiffest opposition when minor variances end up at Committee of Adjustment (CofA). “I always tell a developer the last thing you want is for the community to be calling the Councillor, and that gets me involved.”

What’s happening there isn’t always apparent from a simple drive-by. The infill homes are obviously newer and have a ‘stately’ feel. It may look like neighbourhood revitalization to some. Once you see the backyard of one of the established homes, however, you get an appreciation for the development issues faced by residents. The infills literally tower over the neighbours. An infill’s two storey exterior walls, running sometimes twice the depth of neighbours, cast enormous shadows that make you feel like you could be stepped on at any moment. It’s no wonder there is significant pushback to development in the area.

According to Crawford “When you’re looking at the challenges of say committee   of adjustment. Here’s the zoning for say Cliffcrest …50-60 year old zoning. It’s usually and in most respects it’s outdated. And people always make the comment that ‘you have to follow the zoning, whatever it is, black and white, zoning is what it is.’…. Well unfortunately it’s not always black and white because sometimes it’s time dated.”

The city is desperate for rental stock. New builds can put basement apartments in. 50 years ago, homes were built with unfinished basements with ceilings anywhere from six to seven feet in height. One wonders if buyers would even consider purchasing that home today.

However, the more burning question is: if you had to spend your money, would you buy the home you currently occupy?