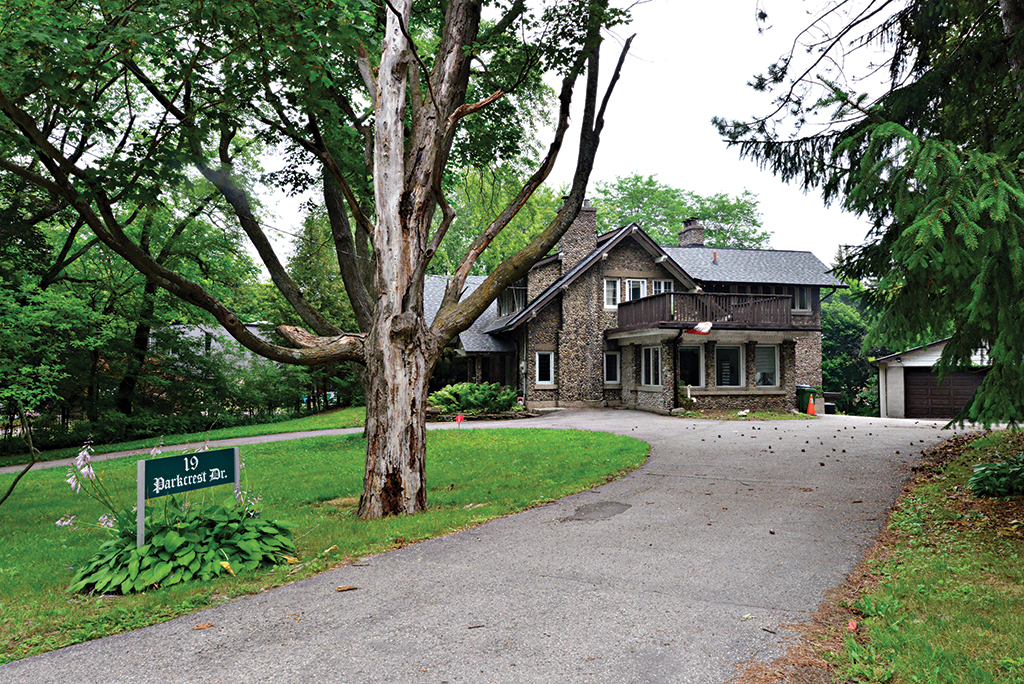 college and university students, coming and going from the houses on a regular basis. “On the one hand we don’t like the illegal rooming house aspect,” said the source. “But on the other hand, these poor students are coming from foreign countries and being put into–I don’t think–properly monitored or set up conditions.”

The source said that the houses are at least well-maintained by the tenants, unlike the house on Neilson Avenue in previous years. However, they had concerns about unlicensed alterations being made to the properties. Number 19 was recently declared a heritage property, built approximately 100 years ago. Number 11 is thought to be of a similar age but has not yet been declared a heritage site. According to the source, several trees were allegedly removed at number 11 without a licence over the summer. The source did some research on the property owners and renters and came away with some unusual evidence–the same property being available for rent via separate listings on Kijiji. “There’s this company called Feel at Home, and they are marketing to owners of homes saying they’ll look after the rental for you,” said the source. “They are targeting the Asian subcontinent for students and people; making it easy for them to find and move to this accommodation that they are renting on behalf of the homeowners. We don’t know what the chain is: who owns the house, if they own it and rent it, or if there is one person who rents it for 3 or 4 thousand dollars who then in turn rents it to Feel at Home who then rents to students.”

With a seemingly absent property owner and knowing that multi-tenant houses are currently illegal in the area, the source voiced their concern about the risks that unregulated multi-tenant houses harbour. “I’m concerned its not fair to people who are renting these places, not in regulated accommodations–it’s unsafe. There have been a number of deaths in rooming houses where people are trapped in a fire in the basement with no exit,” they said. “In other cases, I know there are a lot of nuisances, renters with ten cars for the house in a residential area–that’s not tenable. If they make a mess or don’t look after the house or the property that devalues neighbouring properties. If they have parties or make noise a lot… We maybe got lucky that we don’t have that situation at this time, but if it persists it will no doubt get worse.”

Illegal multi-tenant houses have also been the source of strife in neighbourhoods bordering Scarborough, such as Markham, for many years. On October 5, 2021, Arif Adnan Syed was charged for offenses related to his renting of luxury properties in Markham which he turned into multi-tenant houses in 2020. He was charged with fraud exceeding $5,000, making false statements in writing, possession of property obtained by a crime exceeding $5,000, and uttering forged documents three times over. The true owners of these homes claimed there was significant damage done to their properties, totalling approximately $1 million in losses. However, in the year awaiting trial, Syed was still able to illegally rent out three more luxury homes he rented in Richmond Hill and Vaughn. Syed was somehow not prevented or dissuaded from continuing his illegal operations, nor were there protections for the allegedly unaware property owners who rented to him in 2021.

Unregulated multi-tenant houses are but one unfortunate and dangerous result of the Toronto housing crisis. Abigail Bond, the Housing Secretariat Executive Director for the City of Toronto said that multi-tenant units typically cost between $400 and $700 a month, but the median price for a single bedroom apartment in the GTA for comparison is currently at an astounding $1800 a month. While it seems many councillors, renters, and property owners alike are unhappy about the illegal multi-tenant homes that cause property damage and disturbances, they understand that for many people of low-income they are the only option for affordable housing in the GTA. Without a concrete plan to increase reliable and affordable housing, illegal and potentially dangerous multi-tenant houses are likely to continue to thrive – regardless of the regulations City Council eventually agrees on.