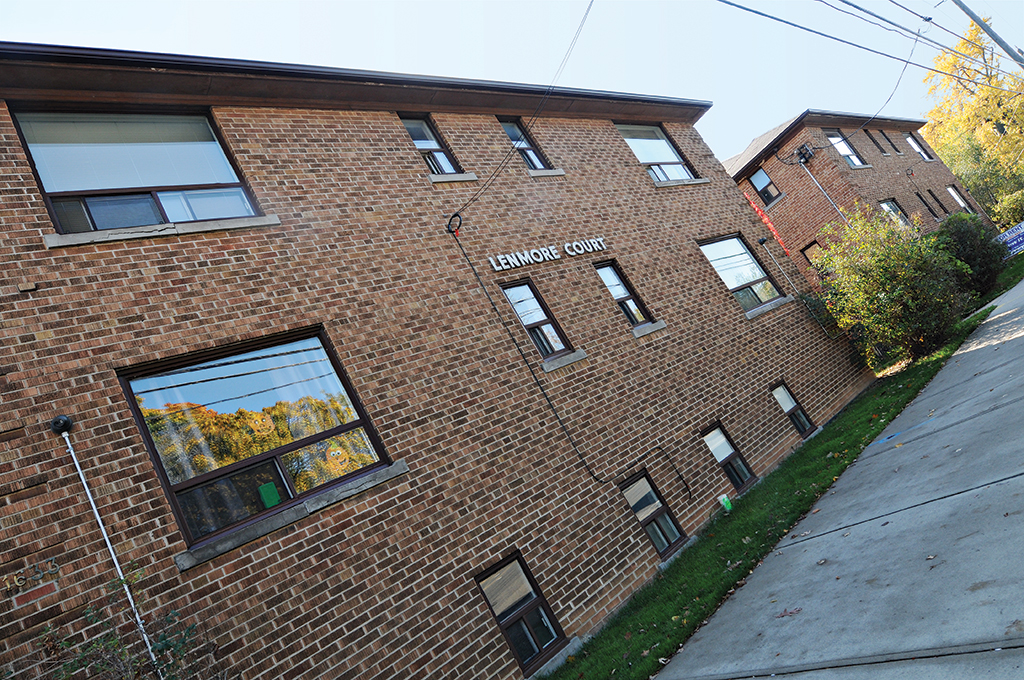 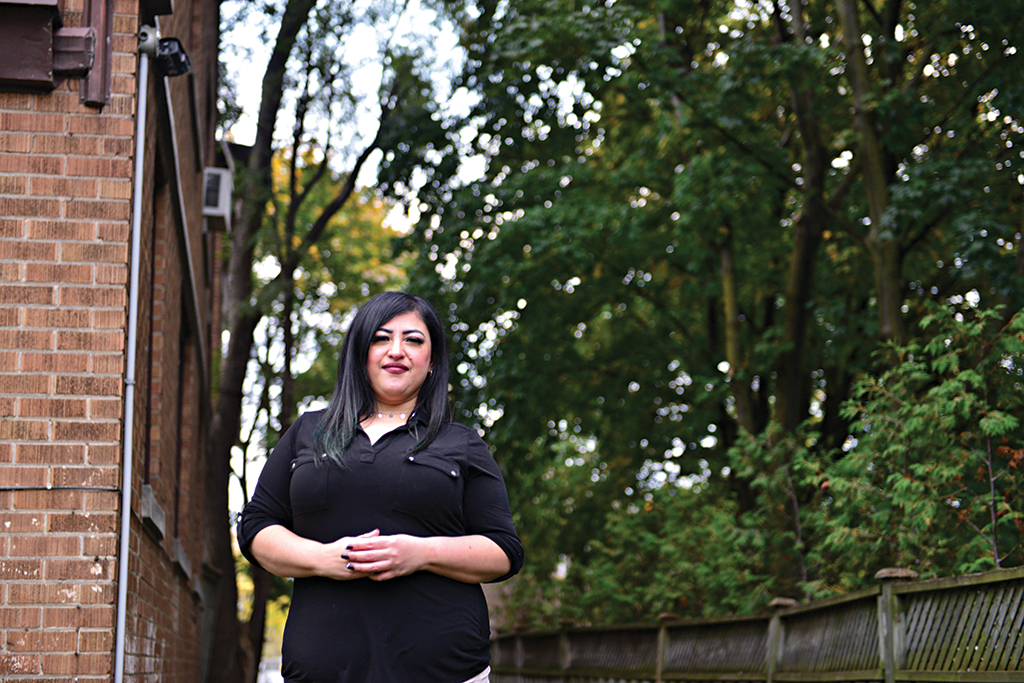 Smith said the rent will be similar to what they’re paying now, which is about $1,100 for a two-bedroom unit but will include a one-time 4% increase.

Rents are also expected to increase by about 2% every year while the tenants are living in temporary accommodation, under guidelines set by the provincial government.

If the landlord decides not to include utilities in the new condo, the tenants’ rents will be adjusted downward to reflect those new costs.

The apartments in the new building will be on a lower floor and will include ensuite laundry facilities, parking spaces and storage units at no extra cost, according to Louis Tinker, a land use planner hired by the developer.

The cost of moving in and out will be paid for by the developer and residents will receive additional compensation on a sliding scale based on the amount of time they’ve lived at Lenmore Court, according to Smith.

For example, a tenant with five to ten years of residency will be compensated with a payment equivalent to nine months’ rent.

Under the plan, the rent will have to remain affordable for the tenants for at least ten years.

After 20 years, the developer has the right to apply to the city to convert the units to something other than rental, but the city’s policy framework currently does not allow that.

Anna Dewar Gully, co-chair of the Birch Cliff Community Association, is taking a cautious approach to the latest proposal, noting that the deal is not in writing.

“I don’t know if there’s been a trade for this “win” or not. I don’t know how firm this deal actually is. And I don’t know that it will be protected until the end. So, I really think the proof is in the pudding,” Dewar Gully said. “I think it will be a victory if we get over the finish line and that deal is still intact. And I think we shouldn’t relax until the deal was actually done and those tenants have actually been protected.”

Dewar Gully explained that the community association’s wariness is based on the neighbourhood’s experience with consultation on the 11-storey condo project at Manderley Drive and Kingston Road.

In that instance, items negotiated by the community were dropped after the project was sold to a new owner.

Although the proposal isn’t in writing yet, it was described at the meeting by city planning and the local councillor as a “good-faith gesture” by the developer.

“From my perspective, as a decision-maker to the tenants, I consider this offer of good faith a done deal with regard to rental replacement within the building,” Ward 20 Councillor Gary Crawford told the meeting.” If anything ever does come back to me suggesting anything other, I will be not looking at that lightly. From my perspective, who is going to be making a decision on this application at some point in the future, this is something that I’ll be almost guaranteeing.”

In an interview, Crawford described the proposal as a “refreshing first step in recognizing the concerns of the community”.

None of this is of comfort to Monika Little, a tenant in her seventies who has lived at Lenmore Court for 20 years.

“I’m just going to be honest. I’m very depressed about it,” Little said. “I’m very stressed out about it. I don’t have any really good feelings about this. I’m just kind of living day by day. And that’s the only way I can handle it.”

Little doesn’t want to be forced to move and she’s also worried about the overall density of the new condo and its impact on traffic and the fragile Scarborough Bluffs.

Although several tenants in the buildings are in favour of the new condo, Little is one of many who want the project stopped altogether.

There are many people in Birch Cliff who share Little’s concerns.

More than 1,200 people have signed an online petition that characterizes the condo as bad planning and irresponsible development.

According to plans submitted to the city, the mixed-use building will be nine storeys tall at the front on Kingston Road and ten storeys at the back with two mechanical penthouse floors for a total gross floor area of 19,337 square metres.

The petition reiterates several “asks” from the Birch Cliff Community Association including a demand that the development on Kingston Road be limited in density, width and height as per the Kingston Road Revitalization Plan.

It also states that there should be no encroachment on the “Neighbourhoods” designation of Toronto’s Official Plan through the rezoning of two single-family homes on Birchcliff Avenue to accommodate a four-storey portion of the condo and access to underground parking.

If the developer is denied permission to build on those two properties, it’s possible that the scale of the project might be reduced.

In an interview, Crawford reiterated that intrusion into neighbourhoods remains a concern for both him and the planning department but noted that it will be a complicated discussion about multiple planning policies.

Meanwhile, the only statutory community consultation meeting required under the city’s planning process is scheduled for March 1, although Crawford said he expects there will be further meetings as the process unfolds.

Dewar Gully said the community association will continue to pursue all five of their “asks” at the meeting because they want to ensure that they end up in the negotiated version of the development.

“We don’t want to see that encroachment happen at all,” Dewar Gully said. We want to limit the density and height and width. We want to protect safe traffic flow and school intersections. And we want to reduce the strain on the Bluffs environment and the community infrastructure. We’re seeing this trend of enormous developments in this neighborhood. And there are many more planned. And we and we think that poses a risk for the community more broadly.”

If you’re interested in participating in the virtual meeting, you need to register in advance by clicking here and following the links.

More from local journalist Hedy Korbee
can be found at www.birchcliffnews.com/