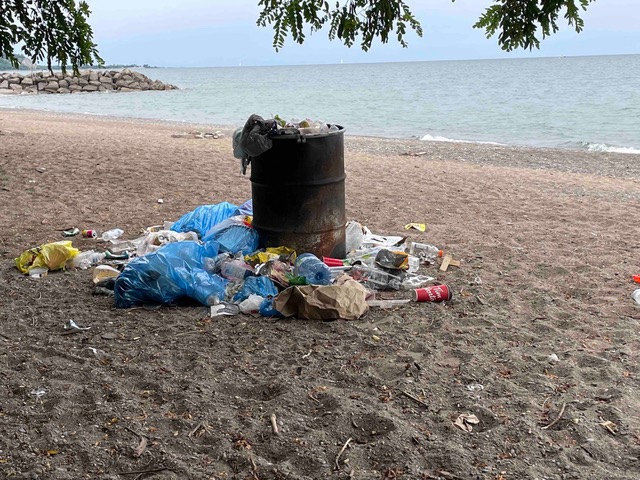 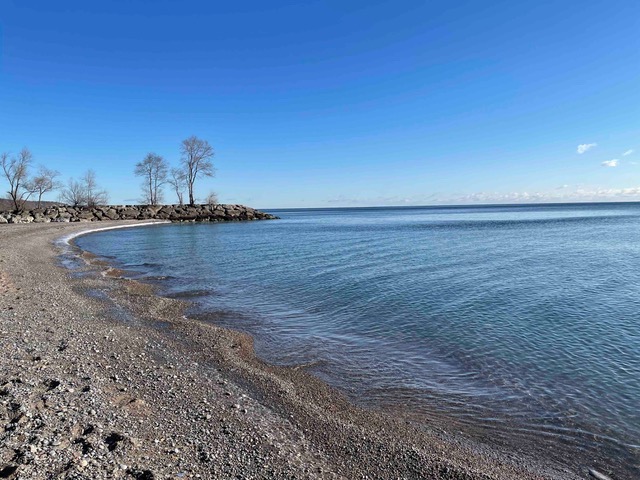 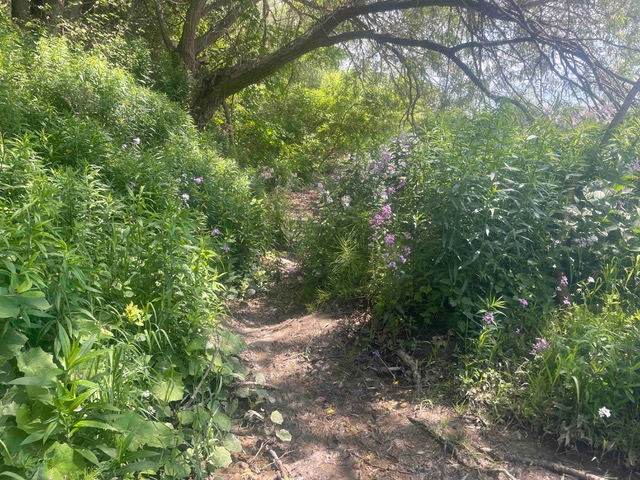 The two founders of Toronto Lakefront Community met while walking along the shoreline between the RC Harris Water Treatment Plant and The Toronto Hunt. The beach has been known for decades as “Secret Beach”, although it does not have an official name. Co-founder Jane Anderson is a long-distance swimmer and an advocate for water quality. She is very familiar with the shoreline. She has swum the 6 kilometers from the Beaches to the Bluffs.

The catchy slogan, “we all need TLC” conveys the friendly but committed tone of this organization. Their picturesque website www.tlfcommunity.ca informs the public of the group’s noble purpose and intentions.

Founded in 2020, the mission statement is “…for citizen stewardship of Toronto’s lakefront. We pledge to keep the lakefront clean and safe for all to enjoy. We will work with our community partners and all levels of government to resolve issues related to the cleanliness and safety of the beach and the water.”

The Central East Chapter of TLC focuses on the lakefront from Woodbine Beach to the Bluffs, but hopes to one day have chapters along the entire city lakefront.

Working with community partners, 41 Division and councillors Gary Crawford and Brad Bradford, they are hoping to curb noise pollution, litter, and fires on the beach. Their initiatives include: beach cleanups, graffiti removal and signage.

Graffiti and litter give the impression that an area is abandoned and uncared for. Unapproved graffiti is vandalism and goes against Toronto City Bylaw 485. They are working in collaboration with the city and key stakeholders to eliminate unsolicited graffiti along the natural shoreline. TLC wants to see the beach given an official, respectful name to take the ‘secret’ out of the beach, to discourage nefarious behaviour and encourage stewardship.

Garbage is of great concern. Large groups of people have held picnics and even camped overnight or held “raves” on the beach and left behind refuse including broken bottles, needles and even diapers and wipes. As an example, on July 10-11, 2021, from 11:30 pm to 5:00 a.m., excessive uninterrupted noise was heard coming from below the bluffs in the vicinity of Bluffer’s Park Beach. Noise complaints were made to the non-emergency police services by neighbours on Fishleigh Dr. kept awake by the disturbance for 7 consecutive hours. On another night–and on no particular holiday–fireworks were shot off, a clear contravention of the by-law which guarantees residents a safe community with the right to quiet enjoyment. Police did not locate the source and the noise continued unabated. TLC feels they have made great strides in curbing bad behaviour on the beach at the west end and is committed to continue to work closely with 41 Division Community Response Unit, to eliminate disruptive parties and improve safety along the entire stretch of shoreline.

The Toronto Hunt, a good neighbour with a vested interest in the shoreline, provided a place for the group to hold a problem-solving meeting in October with residents, police, fire, and the parks department. Councillor Crawford also attended the meeting.

Construction waste was dumped years ago on the shore to protect against erosion, but the concrete is breaking down, exposing dangerous metal rebar. To make the beach safer, TLC is working with the city to remove the metal hazards on the beach, and to install safety equipment like lifebuoys and hooks.

TLC hosted litter cleanups, between Victoria Day and Labour Day. The group (at their own cost) provides garbage bags to help reduce the dangerous litter often consumed by or snaring wildlife. TLC believes that education is key to encouraging people to be citizen stewards of the earth. Littering habits can be broken. Smokers could carry pocket ash trays rather than dropping their butts which contain micro plastics and toxins which leach into the water. Even dog poop needs to be disposed of properly to avoid water contamination, not thrown into the lake or onto the rocks.

Signage reminding people of by-laws are being erected on the beach. Signs on the fencing in Bluffers Park to warn people of the dangers of crossing are often ignored by devil-may-care sightseers. Unsightly bright orange placards (36 to be exact) with bold black graphics and lettering warn unsuspecting people to keep back from eroded edges of Bluffers Park. The threat of a hefty fine of $5000 for crossing into danger does not deter some people from crossing the barrier, some with their whole families including children in tow. Only police patrol and enforcement of the fines will prevent people having to be rescued requiring police, ambulance and fire services, a waste of precious time and resources. Each year foolhardy sightseers risk their lives on the bluffs. While the fencing at Bluffers Park is not something with which TLC has been involved, it is an example of a grave concern of residents living near the lakefront.

TLC’s monthly e-newsletter lauds the group’s achievements and announces plans for the future as well as virtual info sessions. The summer of 2021 held 16 beach clean-ups and collected 10,000 cigarette butts! TLC is hoping to expand its membership to include the Birch Cliff and Cliffside communities.

TLC is working with the police, city councillors and the parks department to create a management plan for Scarborough southwest shoreline. TLC, working collaboratively with their partners, is making great progress protecting and preserving this unique area of our city for the enjoyment of future generations. In short, “non-profit groups can make a huge difference” (Jane Anderson).

Parks and Beaches are there for the enjoyment of everyone, to cherish, and be protected. They are looking for more citizen stewards like them to get involved. 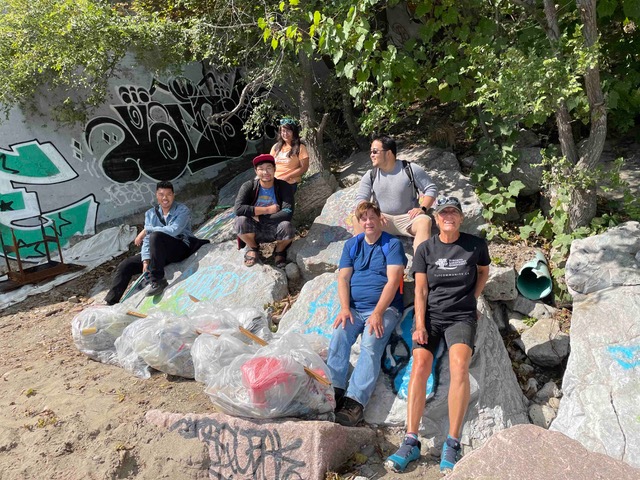 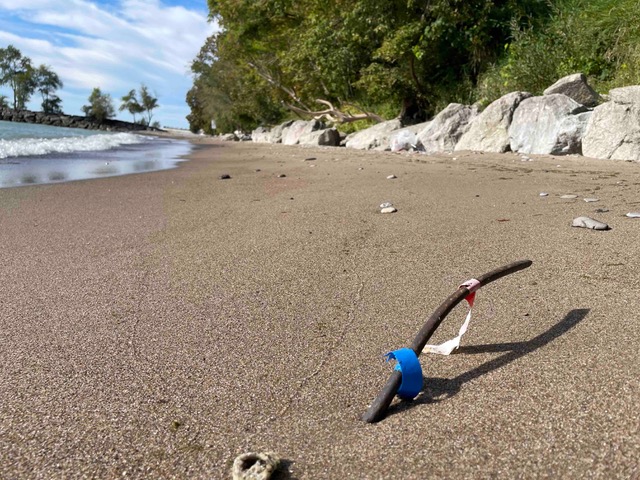 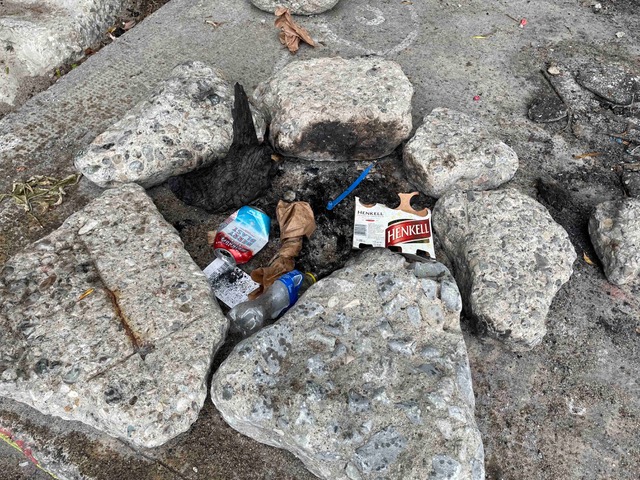