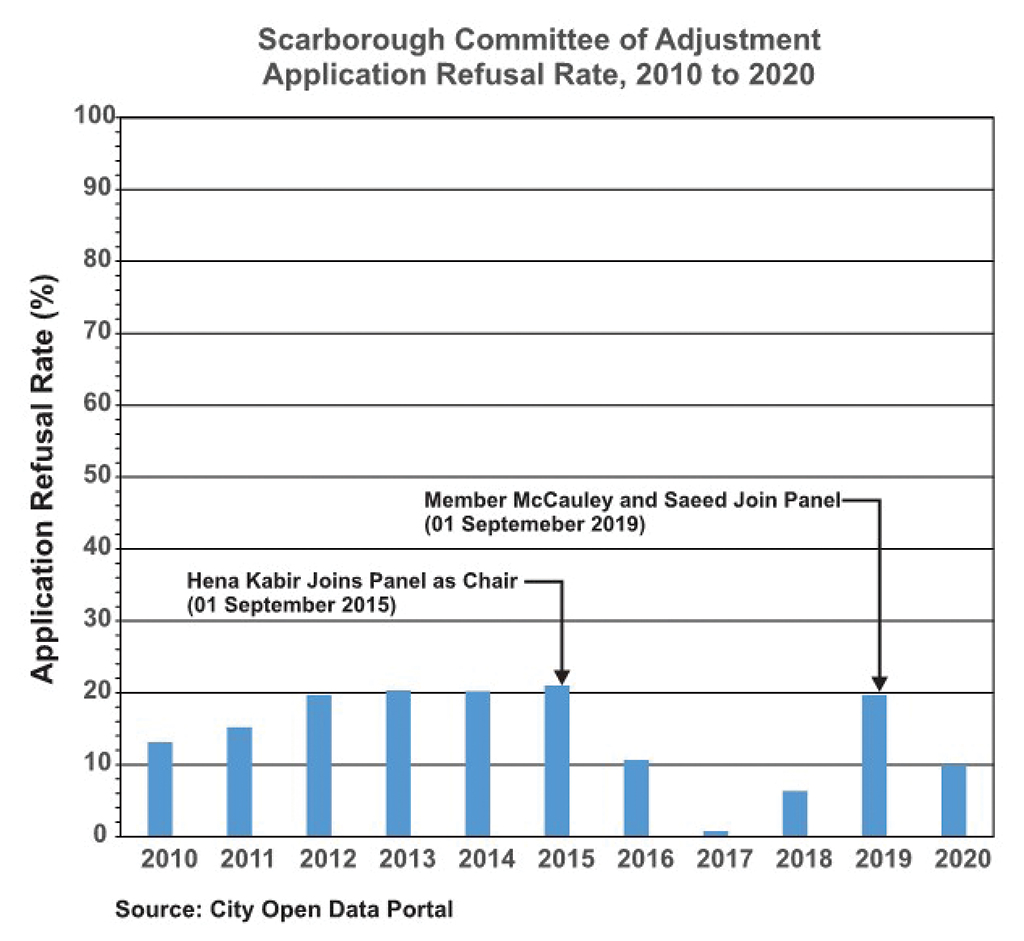 The Luck of the Draw

Committee of Adjustment (COA) outcomes often depend on the adjudicators sitting on the committee at that time. For those proposing variances from existing by-laws and those opposing them it often comes down to the luck of the draw. Some members are more likely to support multiple variances than others – plain and simple.
I recently spoke to Al Kivi and Robert Brown both of whom are experienced with the COA. Al has been a member of The South Eglinton Ratepayer’s and Resident’s Association (SERRA) for 40 years. Robert sat on The Toronto East York COA for 9 years, adjudicated over 5,000 cases, was on the Annex Ratepayers Association for 39 years and a member of The Federation of North Toronto Residents Associations (FONTRA).

The COA decides on appeals for “Minor Variances” to existing by-laws. It uses four tests to make its decisions. First, the change must be minor. Second, the change must be desirable and appropriate. Third, it meets the general intent and purpose of the zoning by-laws. Fourth, it meets the general intent of the official plan. The only problem with this is that Toronto, unlike other municipalities in Ontario, has no definition of what a “Minor Variance” is. That essentially provides Toronto’s COA with incredible latitude.

The COA consists of appointed lay people who are to have some related experiences that will help make them effective in their decisions and are supported by city planning staff. The problem, says Brown, is that “the COA training for new members is abysmal.” It should be done by past chairs of the COA so that there is some institutional memory.” The planning staff, according to Brown are usually junior as the COA is not a desirable position for city planners.

“They should be asking penetrating questions rather than rubber stamping so many applications. They are often not following their own rules.” Members of the COA are also to do independent research prior to making their decisions by visiting the sites applying for variances and Brown wonders how much of that goes on.

The consensus of the meeting with these two experts was that while COA’s work well across the province, it doesn’t scale well in Toronto. Al Kivi is of the opinion that it’s time for a comprehensive review by an independent body. He also feels it could be time for Toronto to become a charter city allowing it to govern itself by a charter document rather than by general law.