The Other “Oakridge Boys” 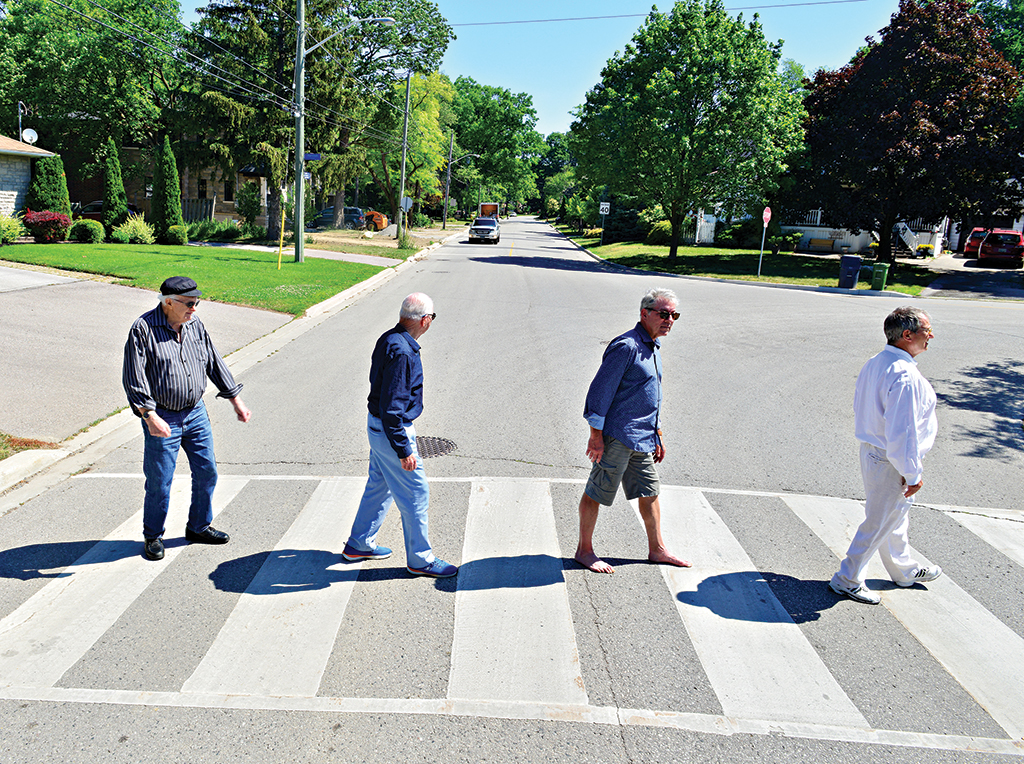 This month, while delivering the Bluffs Monitor on my street, I was greeted by Dale Mitchell. We know each other because of a project we worked on together in 2012. Delivering the Monitor is fun because it gets me out for an hour and gives me a chance to meet and chat with some neighbours.

When I moved onto Oakridge Drive with my lovely wife Lisa, there were speed humps on the street. I hated them. When I sat out front, I’d watch motor cyclists speed up to get lift for some fun. Large, long-body trucks would ignore them and often speed up. Cars would swerve to get two wheels on the flat parts of one or the other side of the street depending on which direction they where going. It was a circus sideshow and I thought to myself, I can’t be the only one who doesn’t like this. So, I started talking to our neighbours.

What triggered me was a notice indicating that the City was going to replace the water mains which meant ripping up the road. I thought, perfect – we can get rid of the humps at the same time. At first, they were casual conversations. However, the more people I spoke to the more I realized it wasn’t just me. Fellow residents by and large shared my perspective. So, I decided to approach a friend and our local Councillor, Gary Crawford.

“It will never happen; people love them,” said Crawford. “And you can never get rid of them once they’re installed.”

So, I pushed back and said, “What will it take? Give me a number.”

“If you can get sixty percent of the street to sign a petition to get rid of them, you’ll have my support,” said Crawford. I agreed, then started knocking on doors. The fourth door was answered by Dale Mitchell. I didn’t know him, but I did know that we weren’t in-sync politically because every election he had an NDP sign on his lawn and we had a PC sign on ours. However, when I brought up the issue of speed humps he bristled. “I’m in,” he said. “I hate them.” I had my first ally in what became the Speed Hump Campaign.

I enlisted the support of two other guys on the street – Bryan, a fellow entrepreneur, and Jim, a former Colonel of the Seventh Toronto Artillery Regiment. The four of us set out to speak to every homeowner on the block, which took us several months. The result was clear. Seventy households wanted to get rid of them, only ten wanted to keep them and the remaining twenty-five were ambivalent and had no opinion, which ironically is typically the percentage of the population that don’t usually vote in elections.

When the vote passed Dale smacked me on the back so hard that my glasses fell off my face and in a loud voice said, “My God, we won, we’re the Oakridge Boys.” This month that Oakridge Boy turned 90, and I’m pleased to say he still has fight left in him.