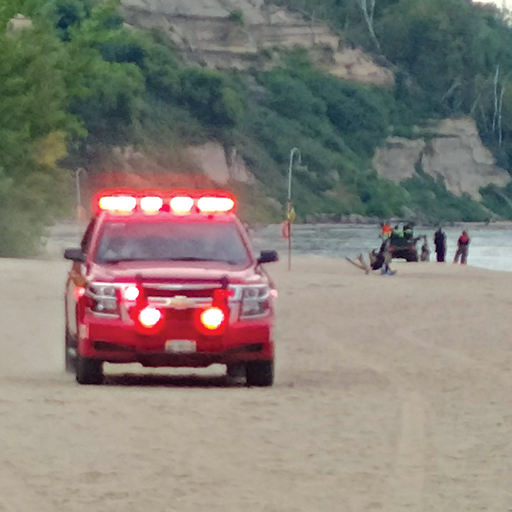 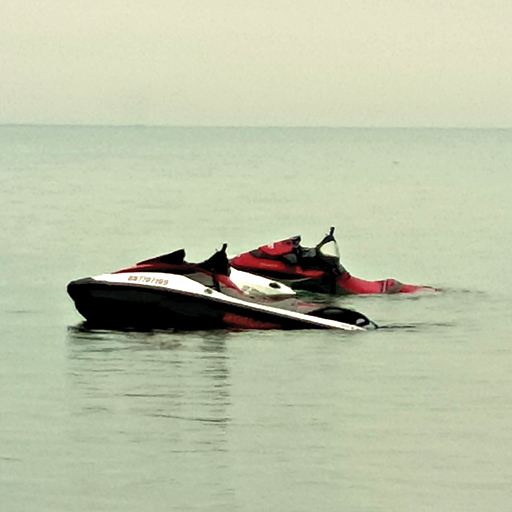 Although summer has drawn to a close, Bluffer’s Park continues to be well used. This not only includes visitors to the trails and beaches, but a variety of boats from the yacht clubs and public ramps from Ashbridge’s Bay and Toronto Island to the west and Frenchman’s Bay and Whitby to the east. In recent years, a significant proportion of vessels visiting the Park are PWCs – Personal Watercrafts. They are sometimes called Jet Skis, a product name that was trademarked by Kawasaki in 1972.

These little vehicles, originally called Water Scooters, were developed in the United Kingdom in the 1950’s. Models like ‘The Amanda’ were built by the famed Vincent motorcycle company. They were refined in Europe and America in the 1960s. Early designs required the operator to stand and steer them with handlebars on a column. Seat-equipped models from manufacturers like Bombardier, Yamaha, Honda, and Polaris appeared in the 70s and are by far the most popular today. PWCs are a common sight all over the Great Lakes and it’s easy to understand why. They provide fun and exciting times on the water and cost less than most boats. They are easy to operate, can be stored on a driveway or in a garage, or even rented from companies like Toronto Marine Rentals or www.getmyboat.com.

Visitors to Bluffers Park and local residents have become used to the sights and sounds of these little vessels buzzing along the coast, and while most drivers are responsible, others like to ham it up – carving tight circles or swerving and slaloming across the water. While these antics are surely fun, sometimes they can be dangerous. A PWC collision happened late in the afternoon on Monday, September 13 off of the eastern end of Bluffer’s beach. I happened upon the incident after noticing police and fire vehicles in the parking lot, and half a kilometer away I saw two PWCs partially submerged about 30 metres from shore. A number of rescuers were at the scene, and out on the water sat the imposing Marine Unit Rescue Vessel.

According to a Toronto Police spokesperson, emergency calls about this incident were received a little before 5:30 PM describing three people on two PWCs involved in an on-water collision. Stranded in the cold lake for almost half an hour, they were recovered and given first-aid. Fortunately, there were no significant injuries, but as of publication TPS communications was unable to confirm if drugs or alcohol were involved or if charges are pending.

One thing this incident does illustrate is the comprehensive response to mishaps that can be provided by our First Responders. Police officers, firemen, paramedics, and park workers were at this scene soon after it was reported, and were supported by fire trucks, ambulances, and motorized beach carts. Perhaps the lesson here is that all visitors to waterfront areas, whether on land or on the water, should pay as much attention to safety as we can.

Jim Sanderson is the author of “Life in Balmy Beach”, and “Toronto Island Summers”,available at Cliffside Village Books, 2404 Kingston Road, 647-827-9199