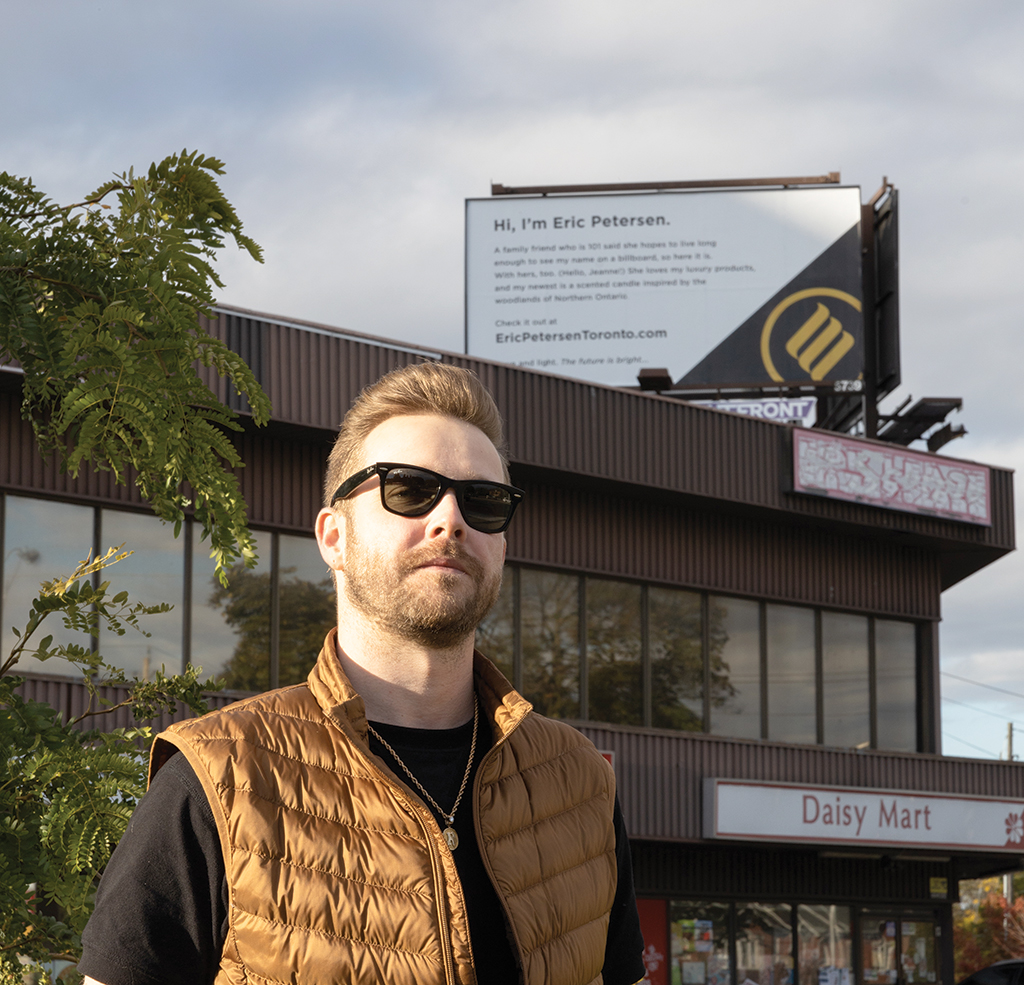 Jeanne Hamel was an RCAF veteran, a community volunteer, and an independent 101 year-old woman. She regularly went ice skating, drove, and had a witty sense of humour. Having known Jeanne for 36 years, she was like a surrogate grandmother to my sisters and me.
Back in 2016, I updated Jeanne on my professional endeavors and Jeanne firmly stated, “Well, I hope I live long enough to see your name on a billboard.”

It is with a heavy heart I announce here that my dear friend Jeanne quietly passed away on Monday September 27, 2021. One week later, the billboard she inspired went up. Although she didn’t get to see it, she knew it was in the works and was completely thrilled at the thought of it finally happening.
I’m going to miss her tremendously, but I know that Jeanne’s legacy will have a lasting impact on people for many years to come.
-Eric Petersen
Jeanne’s vitality attracted and inspired people when she came to West Hill. She was an active member of the community for over forty years.
As a member of the RCAF from 1942 to 1945, she travelled across Canada to recruit 60 young women for their precision squad. Her older brother Melvin was tragically killed in plane crash in Sierra Leone in 1942. She met her husband Will during the war, and they married in 1943. In 1952, they welcomed their delightful baby, Norah.
Jeanne was one of the first hikers on the Bruce Trail when it opened in 1960. She also volunteered as a swim instructor for persons with developmental challenges at the Scarborough Parks and Recreation Facility for 30 years.

Jeanne defied age barriers and helped people from all walks of life. The future may look exciting and scary, but we have Jeanne’s insights to help us along. Together, we’ll create new footsteps for others to follow.
In loving memory of Jeanne Hamel
June 17, 1920 – September 27, 2021
-Adele & Don Francis